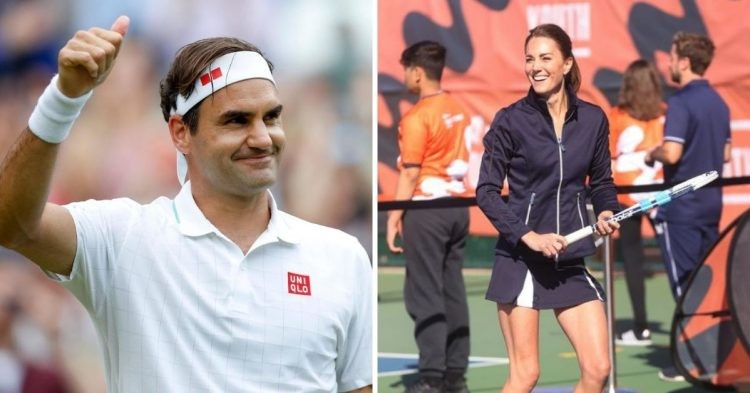 The Tennis world is eagerly waiting for the return of Roger Federer and it looks lRogerike it will come a little earlier than expected. After a long break, Federer was supposed to make his return to court at the Laver Cup this year.

Federer has a personal interest in the Laver Cup. His management company, TEAM8 is one of the partners of the tournament. As luck might have it, Federer on behalf of the Laver Cup will team up with Kate Middleton, the Duchess of Cambridge for a day of tennis.

The Swiss Maestro is a philanthropist and has done many charity matches in his career. The proceeds from this one will be used to help two charitable organizations-Action for Children and LTA Tennis Foundation. Action for children focuses on supporting underprivileged families across the UK. On the other hand, LTA Tennis Foundation works towards the advancement of tennis among the young generation in the UK.

Federer will make his official grand comeback at the Laver Cup. Prior to that, he is excited to partner with Kate Middleton for charitable work. In his Twitter post, he said, “Excited to announce that Laver Cup is partnering with The Duchess of Cambridge this year to raise funds for two incredible charities.”

Excited to announce that Laver Cup is partnering with The Duchess of Cambridge this year to raise funds for two incredible charities – @actionforchildrenuk and the @LTA Tennis Foundation. Thank you for your support, and I look forward to seeing you in London! https://t.co/7B82Gkj5EE

The Kensington Palace also released a statement regarding the same. The statement read, “Her Royal Highness is passionate about supporting grassroots tennis and encouraging young people from all backgrounds to become involved in the sport.” Kate is a big tennis fan and is often seen at the All England Club during Wimbledon.

On the tennis front, Federer will once again take part in the Laver Cup as part of Team Europe. What’s exciting for tennis fans is that he will join hands with Nadal, Djokovic and Murray for the tournament. The Big Four will play as part of the same team for the first time ever.