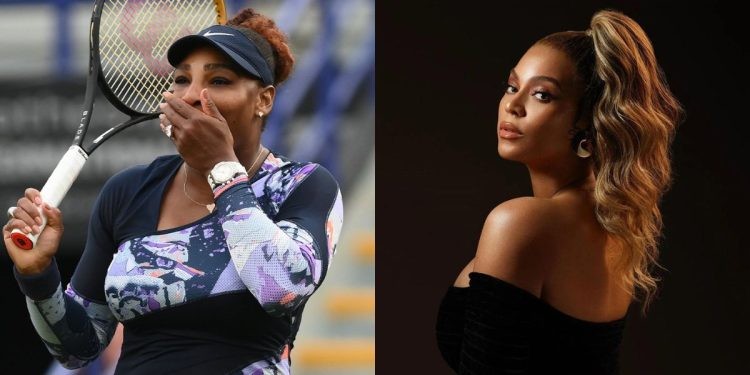 Serena Williams and Beyonce share a close friendship that goes way back. The Partition singer often comes for the games to support Serena during matches.

Recently, Serena surprised everyone by announcing that she would be participating in this year’s Wimbledon. Serena suffered from an injury last year during the Wimbledon and was forced to pull out of the first round midway through the match. Since then, she stayed away from the court to recover from the injury.

As part of the warm-up, the 23-time grand slam winner played her first professional match in a year by participating in the doubles event of Eastbourne International. She paired with Ons Jabeur and has now won two games back-to-back to reach the semifinal.

Coincidentally, Beyonce also released a surprise single called ‘Break My Soul’ on the same day Serena played her first match at the Eastbourne International.  The song was met with thunderous applause from the audience and fans went crazy on the internet. Fans could not help but notice how the two legends and friends made their comeback on the same day.

Serena Williams delighted on sharing her comeback with Beyonce

Beyonce and Serena share a special connection through the Oscar-nominated movie King Richard. The film tracks the life of Serena and Venus’ father and highlights his contribution to their illustrious career. The movie has a song called Be Alive and Beyonce gave life to that song. This itself shows the kind of close friendship she shares with Serena and Venus.

On the tennis front, Serena is playing good tennis at Eastbourne International. While she has been away from the game for nearly one year, her game does not give that away. She is looking sharp and hitting her shots well. The only worry for her would be another injury. She would be careful to avoid injuries now that she is 40 years old.