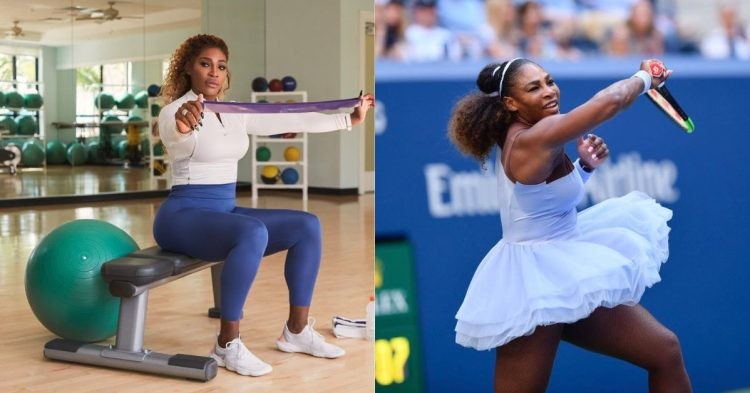 Serena Williams recently posted a cryptic tweet on Instagram hinting at a potential return to the court ahead of Wimbledon. The American star has been away from the game for the past one year due to a leg injury. The last time Serena played on the court was during Wimbledon 2021.

She sustained the injury in the first round itself and has been struggling to make a comeback ever since. Her fans have been ardently waiting for her to give an update on her return and it looks like she has finally fulfilled their wishes through her social media post.

Serena posted an aesthetic picture of herself with a green background. People can see a lot of banana trees in the background which could probably symbolize Wimbledon.

Moreover, her caption said, “I’m thinking of something that may make you go bananas, stay tuned!” The comment section of the post is filled with Serena fans going wild about her return to the court. While she has not made it clear, there is now a good possibility of seeing Serena in the grass season.

Will Serena Williams Make It To The Wimbledon’s Wildcard List?

As of now, Serena is not part of this year’s Wimbledon. However, if there is a possibility of her participation, then that will happen through wildcard entry. The organizers of the most prestigious tennis tournament have not yet released the wildcard list.

Serena’s social media post has given a tiny hope to her fans that she might be on that list. Big players like Rafael Nadal look doubtful about playing the grass grand slam and Roger Federer has already made it clear that he will not be returning anytime soon. Serena’s inclusion could mean a big boost to the tournament.

Serena Williams currently has 23 singles grand slam titles to her name. She is one shy of touching Margaret Court’s record and reaching that milestone would be on her bucket list. The 40-year-old has 14 major women’s doubles titles with her sister Venus Williams. While she is currently struggling with an injury and form, she is undoubtedly one of the greatest players to grace the sport of tennis.