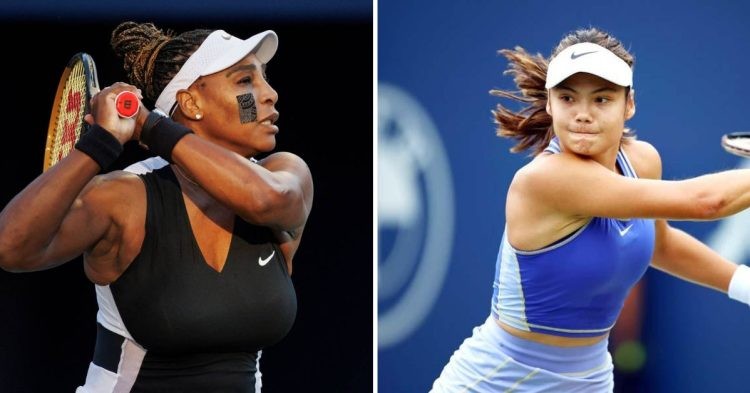 Serena Williams is on a countdown as she has decided to retire from tennis after the US Open. The American tennis legend will play at the Western and Southern Open in Cincinnati to warm up for the last grand slam of the season. However, she has a tough task ahead of her at Cincinnati.

Serena will face US Open defending champion Emma Raducanu in the first round of the Western and Southern Open. It will be the first encounter between the two players and will be a battle of two generations. While Raducanu is just 19 years old while Serena is 40 years old.

Next week, they will play each other. pic.twitter.com/TMHH5B2DKX

Serena has not been her old self ever since she made her comeback before Wimbledon. It will be Serena’s last appearance at the Western and Southern Open and she will try her best to give her best shot. Recently at the Canadian Open, the 23-time grand slam winner was knocked out in the second round.

Similarly, Raducanu has also been out of form as she crashed out of the Canadian Open in the first round itself. She will defend the US Open and will look to play well at the Cincinnati Open to instill confidence.

When Serena announced her retirement, Raducanu was one of the first tennis players to congratulate her on a successful career. Raducanu acknowledged how Serena has dominated the game and credited her for changing women’s tennis.

As per Wion News, she said, “She definitely changed the game. To dominate that, there’s not really been someone who’s dominated like her in the woman’s game so she really did change a lot in that respect.”

Raducanu also showered praise on Serena for being consistent throughout her long career. She said, “To see her around in this US swing is really inspiring. She keeps playing because she obviously loves the game and that longevity of her career is something that a lot of the players, and me, all aspire to achieve as well.”

The match between Serena and Raducanu will be an exciting one for tennis fans. Raducanu will consider herself lucky to face the tennis GOAT before her retirement. Serena will have a tough time keeping up with the young star.