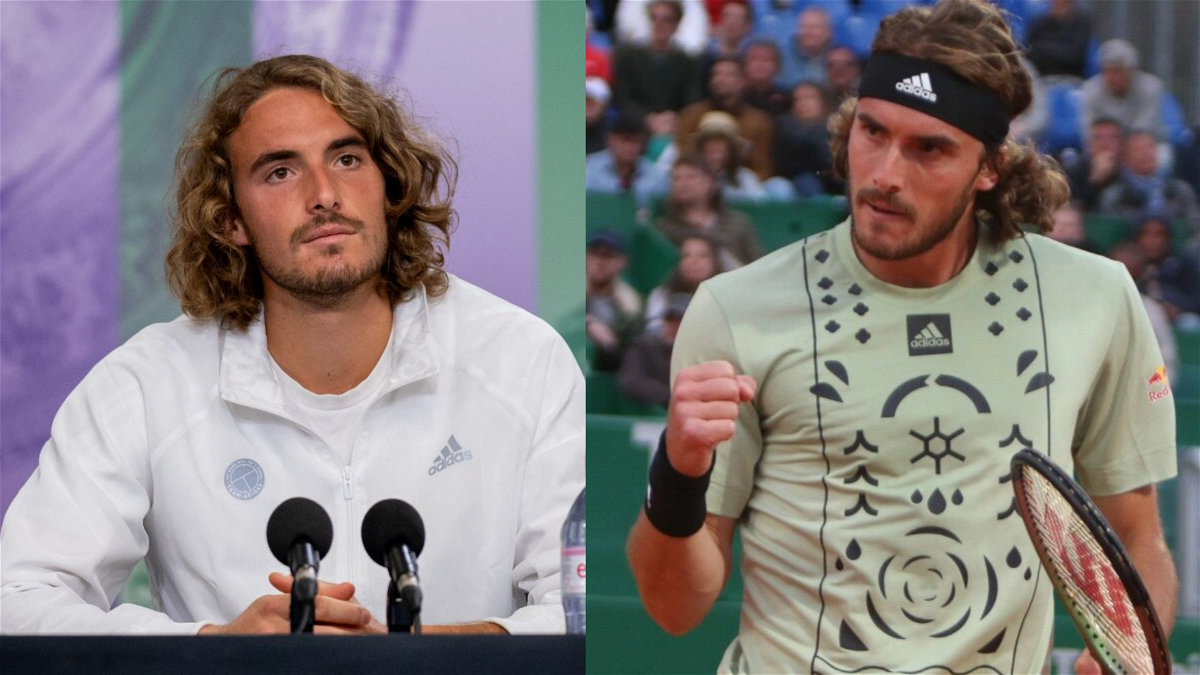 The Greek player Stefanos Tsitsipas cruised into the quarter-finals of the ongoing Monte Carlo Masters tournament. Although it seems to have been easy wins for the World No.3, he has just recovered from his elbow surgery.

The 23-year-old sailed past the Italian player Fabio Fognini in the first round. In the second round, he outplayed Laslo Djere of Serbia to advance into the quarter-finals. Tsitsipas will be facing the Argentinian player Diego Schwartzman in the quarter-final match.

In November last year, Stefanos underwent an elbow surgery which led him to withdraw from a few tennis tournaments which followed. Due to this surgery, the Greek athlete claimed he had to ‘start from scratch in the recovery and training processes.

Tsitsipas spoke about playing in the Monte Carlo Masters 2022, the conditions in Monaco, and plans to face his opponent ahead of the quarter-finals.

He was asked to share the adjustments World No.3 had to make along with the change in routine and equipment. Stefanos answered, “I have done a few adjustments. Little bit with equipment. I am trying to improve my serve, which has even a bigger potential of becoming a bigger weapon. Returns and a few other things such as routines too.”

Speaking as a defending champion of the ATP 1000 tournament, Tsitsipas described his experience after winning his second round. He stated- “I’ve had two difficult opponents so far, who can play on clay and have good results on clay. I knew coming that it was going to be challenging and I’m going to have to produce best of my game in order to play against them.”

Stefanos added that so far he is aiming for the highest.

“I’m trying to enjoy my game as much as I can. You know, as I said I’m really focusing on the race to win. I’m not trying to think too much about defending,” stated Stefanos Tsitsipas in response to managing the pressure of defending the Monte Carlo Masters title.

The Greek champion said that he is focusing more on the long run and playing good tennis along with enjoying the journey with his friends and family.