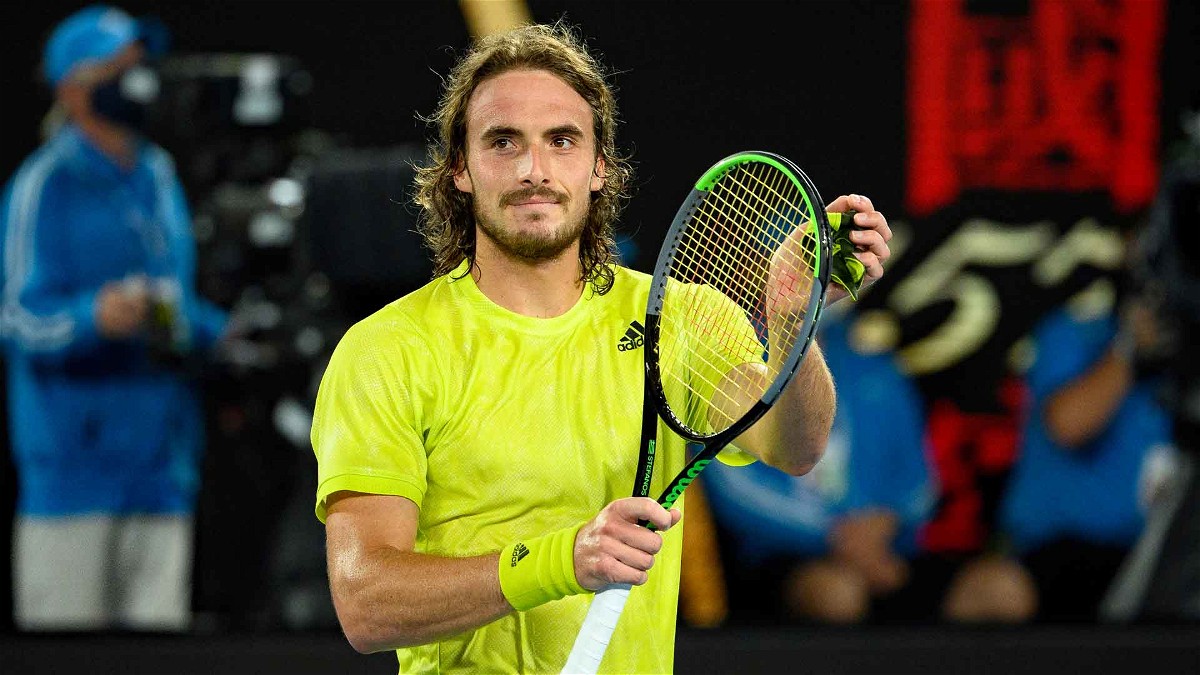 Stefanos Tsitsipas expressed his criticism about the ongoing controversy involving Novak Djokovic and his vaccination status.

During an interview with WION, the interviewer hinted that Djokovic might have set the wrong example by breaching the COVID protocols, considering that players such has him and Tsitsipas himself act as role models  & global icons. To this the Greek player voiced his opinion on the World No.1’s ‘playing by his own rules’ behavior. He added on- “It takes a lot of daring, I think, to put a Grand-slam at risk which again many players wouldn’t do.”

Talking about his perspective of Djokovic’s behavior, World No.4 states that- “We have all followed the protocols in order to compete in Australia and very disciplined in that area; And the very small  majority of that percentage who chose to follow their own way, which makes the majority look like fools.”

#Exclusive | “Djokovic has been playing by his own rules and has risked missing out in the Australian open” says World No. 4 @steftsitsipas (Stefanos Tsitsipas) to WION’s @DiggySinghDeo, as they talk about the controversy surrounding Novak Djokovic.@redbull @redbullindia pic.twitter.com/wH6M52hVY6

Stefanos Tsitsipas talks about his historic match with Novak Djokovic

Furthermore, upon being asked about as to what he learnt from the French Open 2021 final that was played against Djokovic, one of his epic duels with the Greek athlete; he shared his takeaway from the match. Answering the question, he said- “it taught me a lot: it taught me not to defend too much and i should just be going for it.”

In his opinion, he perhaps backed down, overthinking and not attacking much: which cost him the match.

The 23-year old added that he felt that Novak Djokovic too, raised his level of playing and that he saw a Novak who was refreshed and in a different mindset, from the mid-game onwards.

Stefanos Tsitsipas is scheduled to play against the Swedish player Mikael Ymer; on the other hand Novak Djokovic is set to clash with Miomir Kecmanović, in the first round of the Australian Open kicking off on 17th January.

“You’re A Star”- Naomi Osaka Sends A Heartwarming Message To Her Boyfriend Cordae, Calls Him Inspiring