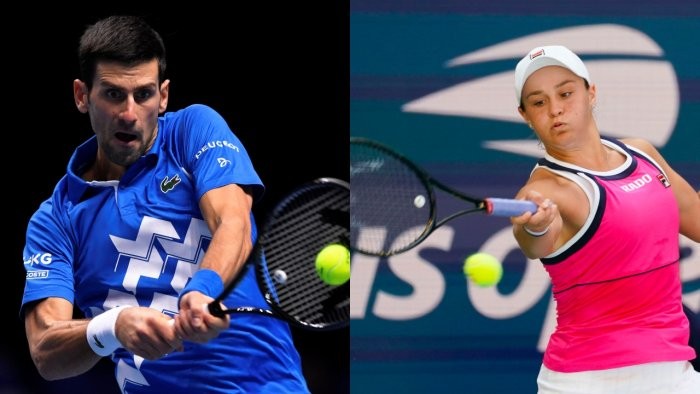 Now that the first Grand Slam of the year has come to an end, let’s take a look at when do the forthcoming Grand Slam tournaments fall in the Tennis calendar of the year 2022.

The following major Grand Slam will be the Wimbledon Championship which is held in the United Kingdom. The most prestigious tournament will kick off from the 27th of June. Played on the grass court, the Slam cup will be conducted primarily in All England Lawn tennis and Croquet Club and Church road of the city of London. According to the line- up, the Wimbledon event is set to conclude on 11th July.

Succeeding the grass court tourney is the U.S Open. Another hard court event after the Australian Open is scheduled to start on August 29th. Taking place in the New York City, the tennis tournament will be played at the  USTA Billie Jean King National Tennis Center. The last Grand Slam of the year will wind up on the 11 of September later this year.

Serbian tennis star Novak Djokovic will look forward to defending his French Open and Wimbledon titles, where as Daniil Medvedev, Australian Open 2022 runner- up will be eager to earn the U.S open title back to back.

The next major ATP tour tennis event would be the Argentina Open scheduled to be played from 7th to 14th February. Held in Buenos Aires, last year the ATP title was claimed by Diego Schwartzman.

The Dallas Open is also held in the same interval of time between 7th and 14th of this month. As the name suggests the venue of the tennis tourney is the Dallas of the USA at the Altec Tennis complex.

Popular WTA tennis tourney Dubai Tennis Championships will kick off on February 21st, whose title will be defended by Serbian Aslan Karatsev. The championship will come to halt on 27th of this month.

Miami Open is all set to start on 22nd March and goes along till 4th April. The WTA tennis title will as usual be played at the Hard Rock stadium of Florida.

The Madrid Open is set to commence on the 28th of April. Played at the Magic Box stadium of Madrid, the WTA 1000 event will conclude on 8th May this year. German athlete Alexander Zverev will be looking forward to defend the title.

Moving on to the Italian Open which starts on May 8th and will go on till 15th of the month. This year’s Australian Open champion Rafael Nadal will look to win his title again at the Foro Italico of Rome.

Another May ATP tour is the Geneva Open starting from 15th of May. The ATP 250 clay court tennis title will be played at the Geneva tennis club till 21st May.

The final ATP tour event will be the Viking Internationals played from 20th June up till 25th of the month. Held in Eastbourne of the United Kingdom, the grass court tourney will be played at Devonshire Park tennis club.