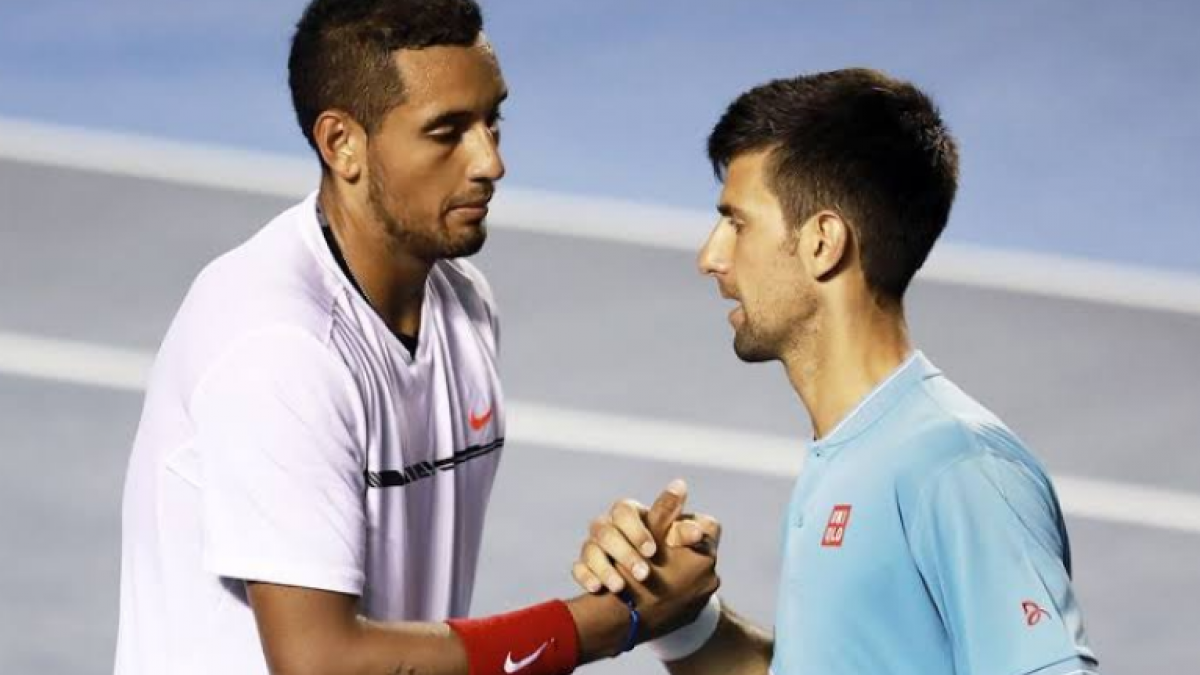 Kyrgios and Djokovic in match together

In an interview conducted by Sasa Ozmo, a Serbian journalist, Nick Kyrgios was questioned about ongoing controversy related to the World No. 1.  The Australian tennis champ responded to the question by stating- “Novak Djokovic has reached out to me personally on Instagram saying “thank you for standing up for me”. I was not the one he was expecting to go out in the media and have his back.”

#Kyrgios: Novak has reached out to me personally on IG saying “thank you for standing up for me”. I was not the one he was expecting to go out in the media and have his back. #Djokovic

Djokovic was grateful to Kyrgios for standing up for him over his Australian Open debacle. The 26 year old had earlier heavily criticized the move taken against Djokovic by the higher authorities of Australia. He had expressed that the image of the country had already been tarnished during the course of the Novak fiasco.

In the interview with the Serbian channel, Kyrgios further said- “As a human, he’s obviously feeling quite alienated in all of this. As a human, that’s a dangerous place to be in – when you feel like the world is against you, like you can’t do anything right.”

Kyrgios had taken a dig at Djokovic ‘s counterparts who had not come in front of the media to support the Serbian athlete. He had spoken out that on a human level Novak really needed support from other players.

The Aussie player is currently quarantining after withdrawing from the Sydney Tennis Classic title event. Kyrgios is scheduled to play against the British player, Liam Broady in the first round of the Australian Open which kicks off on January 17th.

Meanwhile, Djokovic has appealed the court for another hearing regarding the cancellation of his visa.