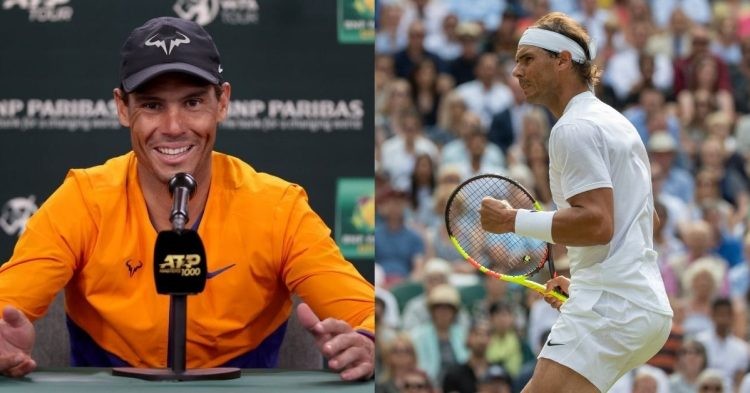 From the outside, it looks like Rafael Nadal is having the best time of his tennis life at the age of 36. It is the first time that he has won the first two grand slams of the year. However, from a very close distance, people will notice that Nadal is struggling to keep up with the sport.

That is not because he is getting old or others are getting better at the game. Instead, it is because he has been struggling for the past few years with his chronic foot injury. Despite that, he has managed to win back-to-back grand slams.

During the pre-tournament press conference of Wimbledon, he was asked about his struggle with his injuries. In a rather candid press conference, Nadal said, “Last six months of 2021 haven’t been easy. Even 2022, if I am able to have an amazing start of the season, hasn’t been easy at all, too, because I had a stress fracture on the rib, then my foot.”

Nadal also gave an update on his injury that has been bothering him for a while. He said, “First of all, I can walk normal. The main issue when I wake up I don’t have this pain that I was having for the last year and a half. So quite happy about that.” He went on to add that he has been feeling better even during his practice sessions.

Nadal fans are only seeing the Spaniard struggle during tournaments and matches. However, for Nadal, the injuries have been a daily struggle. At his level, tennis involves rigorous daily practices. With continuous injuries, it gets tough for him to sometimes even complete his training.

Nadal has already hinted that he might retire very soon as playing with his foot injury is probably not sustainable in the long run. However, he is happy with how 2022 has panned out so far. The 22-time grand slam winner said, “[It has] been an amazing, positive six months in terms of tennis results. Yeah, I enjoy it because it’s been unexpected.”