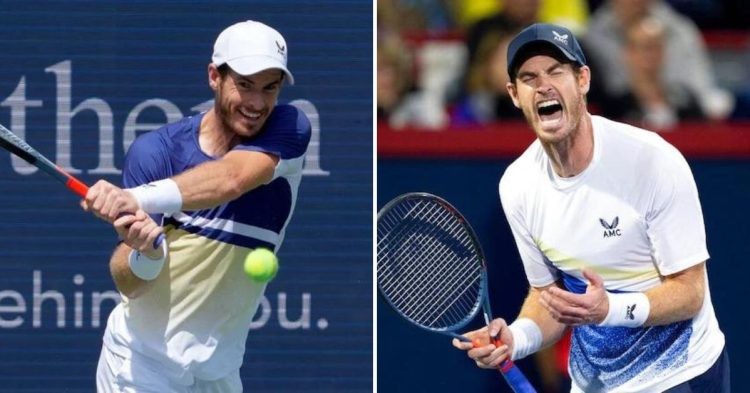 Andy Murray won the first-round match of the Cincinnati Masters against long-time rival Stan Wawrinka in a hard-fought match. The match went down to the wire but Murray eventually with a 7-6 (3), 5-7, 7-5 win over his Swiss rival.

During the post-match press conference, Murray revealed that his body was feeling the best in shape after a long time. After peaking and winning three grand slams, Murray saw a huge decline due to multiple recurring injuries. However, he has been constantly trying to make a comeback and this is the best he has felt in years.

As per Euro Sport, he said, “In terms of how I pulled up after matches and stuff has been the best I have felt in a really long time. So that’s good.” However, Murray is still not happy with where his tennis is at the moment.

He said, “I would like my tennis to be better at times because I’m still convinced that it can be better than where it is right now. It’s been some good moments this year.” The Brit feels there is scope for lot of improvement and is working hard towards it.

For the past many years, Murray’s tours have been constantly disrupted by one injury or other. Just when he feels like he is getting his groove back, some injury sidelines him for months. However, this year has been different for him in that aspect.

Talking about his struggle with injuries in the past, Murray said, “It’s not been easy these last few years to stay fit and healthy and play enough tennis to get matches, to learn from it and to build confidence and to get my body physically robust enough to compete week in week out. So that’s a positive thing that I got to play lots of matches or more matches this year.”

After a very long time, Murray has been playing continuously for months now. He even reached the final of the Stuttgart Open by beating players like Kyrgios. With the US Open coming up, Murray will give his best shot to go as deep as possible at the Cincinnati Masters.