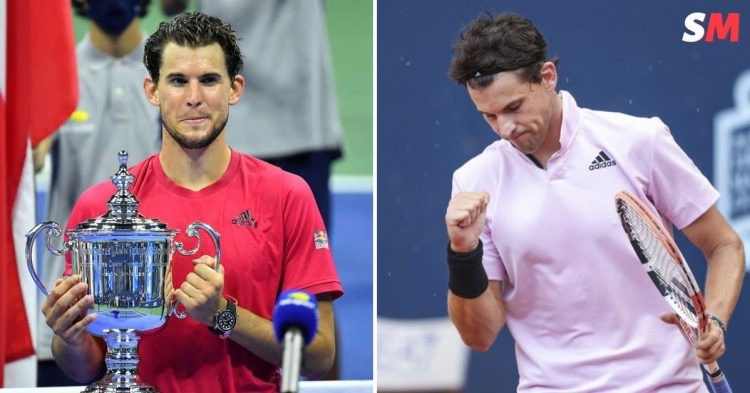 Dominic Thiem looked like the answer to the Big Three when he won the US Open in 2020. However, everything that transpired in his tennis career led to the opposite. The Austrian was forced to stay out of court from June 2021 to March 2022 primarily due to a hampered right wrist.

After making his comeback in March, Thiem has struggled to compete against the best in the game. With the US Open coming up in a few weeks, he is working hard on his game to play a memorable tournament. Moreover, he is currently playing at the Winston-Salem Open as part of his preparation for the US Open.

Instead of directly aiming for grand slams, Thiem is trying to gradually move up the ladder. As of now, his aim is to reach the top 100 before the end of the year. It will be a tough task but Thiem has the potential to realize this aim.

In a recent interview with Tennis.com, he said, “I played 10 good matches in Bastad, Gstaad, and Kitzbühel, the goal now is to get the rhythm on hard courts as soon as possible, to play two great tournaments here in the U.S. And then a pretty intense calendar until the end of the year to hopefully reach my goal, which is getting back to the Top 100.”

Ahead of the US Open, Thiem is in an exclusive club alongside Daniil Medvedev and Rafael Nadal. All three of them have won their past seven US Open matches and it is truly a rare feat. Medvedev won his last seven matches when he won the tournament last year. Interestingly, both Nadal and Thiem did not participate last year at the US Open.

Two years after his 🏆, Dominic Thiem is back! pic.twitter.com/CDqpdRZfpw

Talking about the same, Thiem said, “There is a huge difference between Daniil, Rafa and me because maybe the two of them are the biggest favorites for the title. And I’m one of a hundred outsiders.” However, he was happy to be part of such an exclusive and small club.