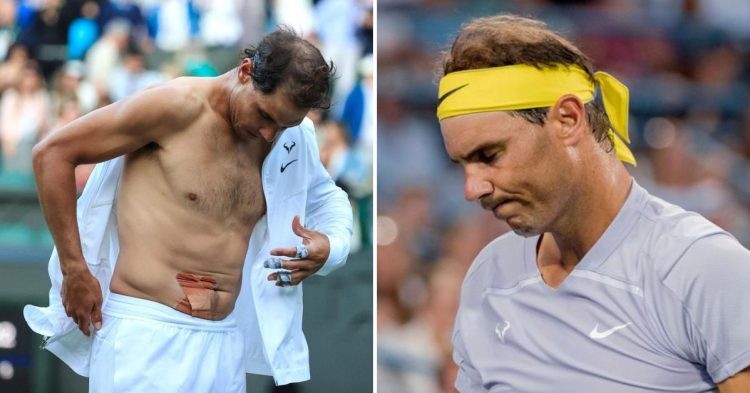 Rafael Nadal faced an early exit at the Cincinnati Masters when he lost in the first round to Borna Coric. Nadal was returning to the court for the first time after he pulled out of Wimbledon before the semifinal due to an abdominal injury.

Nadal has not fully recovered from the injury but decided to play in Cincinnati with caution. However, his decision backfired as he was unable to perform at the highest level. While there is still a lot of ambiguity around his injury, Nadal is will do some tests and is positive that everything is fine.

During the press conference, he said, “Because when you have a scar, then the line is very thin because the scars don’t have enough flexibility, then you feel it. But you don’t know if you feel it because of that or if because something is not going well. So you need to take care in every single moment. So I’m probably gonna do some tests after here to confirm that everything stays the way that we want. But that’s it, I am positive.”

Nadal revealed that he has been practicing and is playing better than how he played at the Cincinnati Masters. While he is giving his best to get better, he has very little time left before the US Open. While the injury looks concerning, Nadal has a habit of playing and winning when odds are against him.

Moreover, he said, “I was able to have a week of practice here, trying my best every single day, practicing days better, practicing much better than the way that I played today, honestly. So, yeah, nothing happens. Of course, it’s better to win, but at the same time, of course, there remains one week and a half for me before New York.”

Nadal has a humungous task ahead of him with less than two weeks before the US Open. His arch-rival Djokovic is currently out of the picture for the US Open and has a shot at winning his 23rd grand slam. If Nadal manages to subside his injury, he may ending up lifting the US Open trophy.