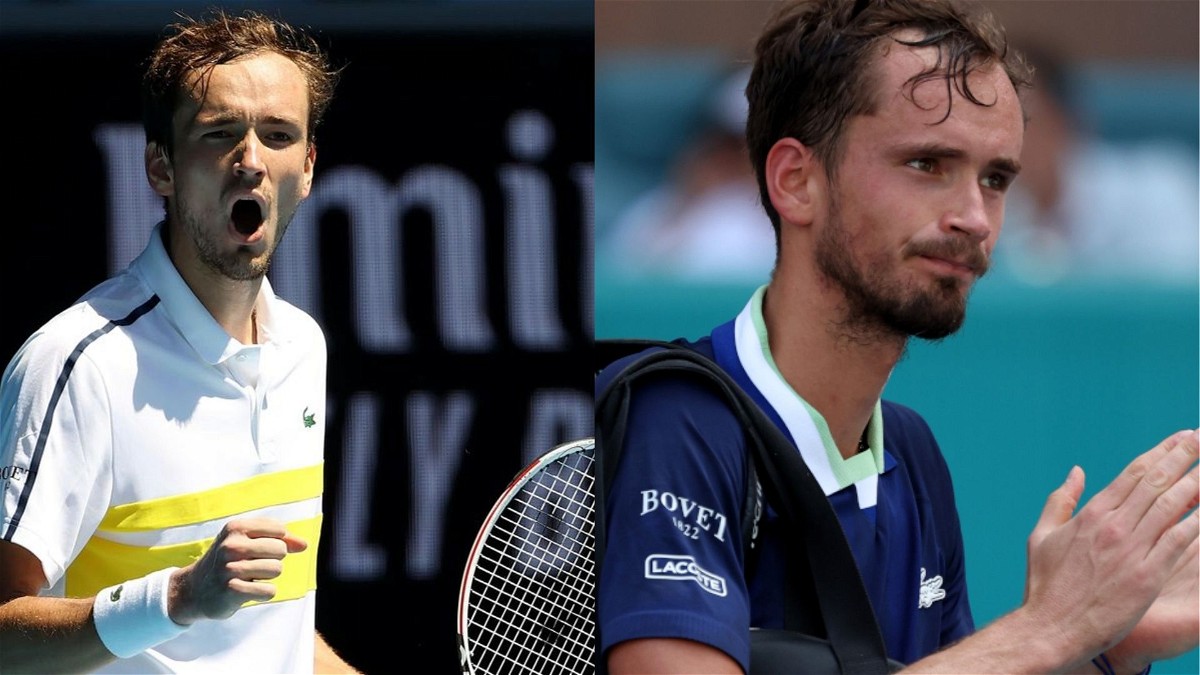 Daniil has played only four tournaments this year. Starting with the Australian Open followed by the Mexican Open wherein he reached the final and semi-finals respectively. He lost both those matches to Rafael Nadal. While in the Indian Wells Masters he was ousted in the second round, in the Miami Open he reached the quarter-finals before losing to Hubert Hurkacz of Poland.

Days after his quarter-final loss at the Miami Open, Daniil took to Twitter to share the distressing news of his suffering from a hernia. The World No.2 stated in his tweet that he would be sitting out for the next two months following the surgery to fix the problem.

During his time in recovery, Medvedev made sure he was in touch with sports as he watched football games while he rested.

Weeks after he underwent his hernia surgery, Daniil Medvedev now has entered the courts to begin his tennis practice though he probably will not be back to play any tournaments anytime soon.

The 26-year-old shared a video on his Twitter page in which he was playing on a hard court. “Slowly back to tennis practice,” Medvedev captioned the video indicating his slow progress back into the game.

Slowly back to tennis practice???? pic.twitter.com/f4lD1aQMwI

Furthermore, in mid-April, Daniil stated that he will be back to play the Los Cabos Open (Abierto de Tenis Mifel Los Cabos) in early August. This ATP 250 tournament that is played in Mexico is set to commence on the 1st of August.

Meanwhile, the participation of Daniil Medvedev in upcoming events like the French Open remains uncertain.

The latest news about the All England Lawn Tennis club barring the Russian and Belarusian players from participating in the Wimbledon Championship this year comes as a huge blow to Daniil and his counterparts.

Katie Taylor vs. Amanda Serrano: Date, Start Time and How to Watch in US, UK, Ireland and More