Rafael Nadal became a record holder of 21st Grand Slam Titles when he won the Australian Open 2022 finals against a tough opponent in the Russian Tennis Star Daniil Medvedev.

Often people wonder the reason behind Rafa’s fighting spirit and high energy levels even after his persistent injury issues and advancing age. The reason behind this is simple, his fitness levels and his dedication to the game of tennis is unmatched. 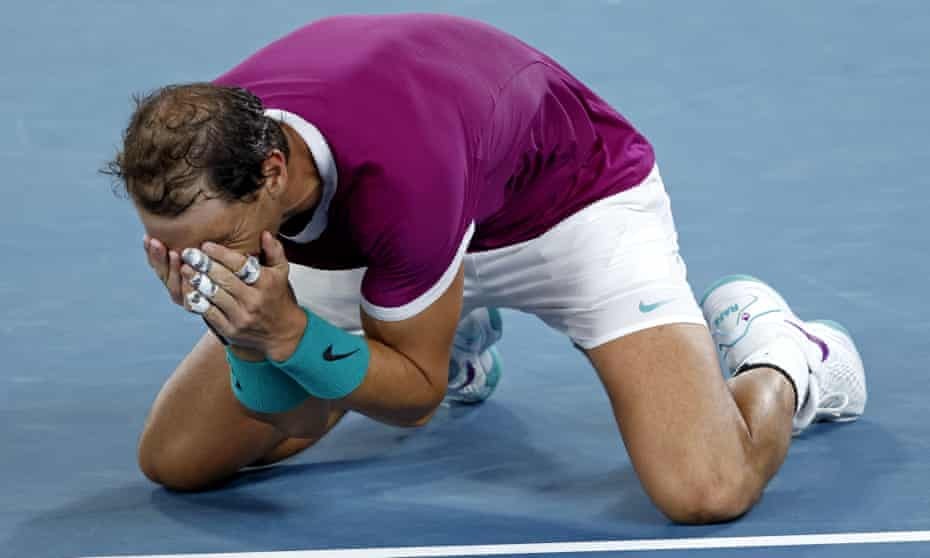 The win against Medvedev to clinch his 21st Grand Slam title was definitely not an easy fight especially after the Spaniard was two sets down and had to climb an uphill battle in order to finally win. It took Rafael a long 5 hours and 54 minutes in order to complete the match.

With the #AO2022 champ, @RafaelNadal, exhausted and elated at the same time. pic.twitter.com/9sJpg24XCK

The match took almost 6 hours to end and any human being irrespective of his energy and fitness levels would be exhausted. However, this did not stop Rafa from hitting the gym and working on his Stationary bicycle as soon as the match had ended. Nadal’s uncle and his former coach talking about Rafael in all his glory, he said

“We see that he immediately got on a stationary bike and only got off to greet Rod Laver,”

“That is discipline, and the rest is nonsense,”

Rafael Nadal also shared a respectful moment with the Tennis Star Rod Laver and went to greet him after getting down from his cycle and on this Tony Nadal said,

“One has to have the utmost respect for people who precede them in age.”

“the respect that a personality like Rod Laver deserves”

His uncle also concluded by saying that in order to maintain his fitness levels it was essential for Rafael to work out on the Stationary Bike.