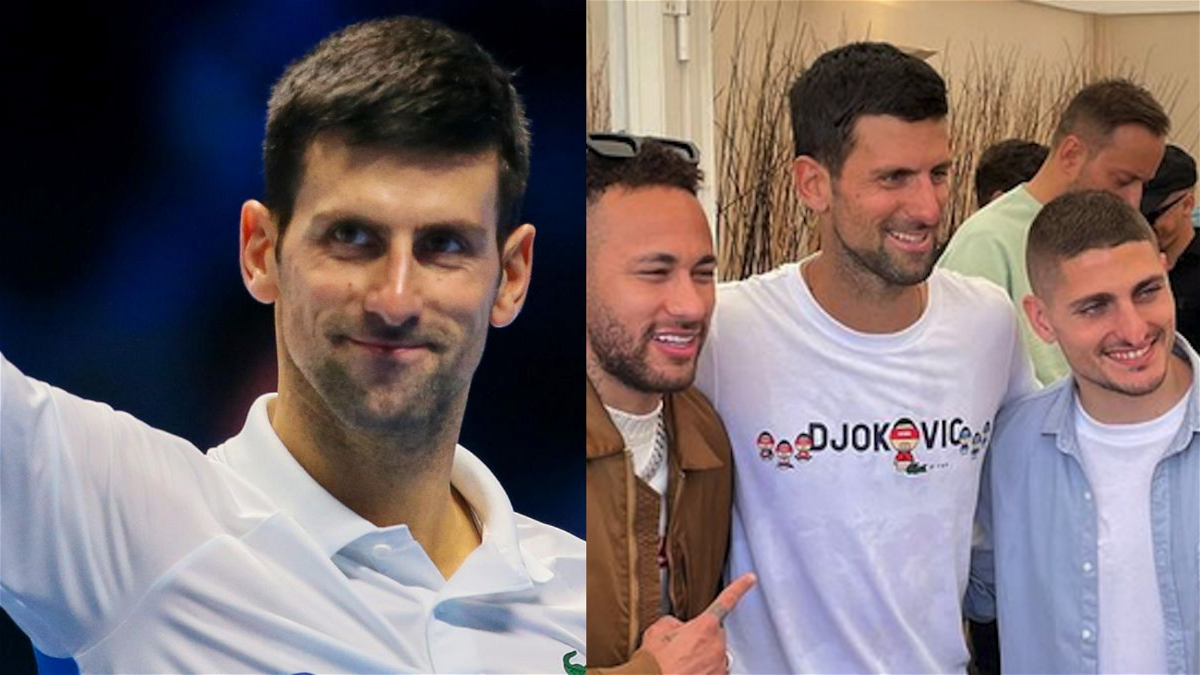 Novak Djokovic’s latest participation was in the Monte Carlo Masters 2022. The World No.1 lost to the Spanish player  Alejandro Davidovich Fokina in a three-setter game in his very first round. Although Djokovic won the second set to take the game to the decider, Fokina outplayed him by 6-3, 6-7 and 6-1.

However, Novak did seem to have enjoyed himself while he was in Monte Carlo to play in the ATP tournament. About two days ago, Djokovic was spotted showing off his skills of soccer while he played with the football players of Paris Saint-Germain F.C.- Neymar Jr. and Marco Verratti.

Novak Djokovic was bonding with the PSG players

In a video that Novak posted on his social media platforms- Instagram and Twitter, he was seen playing ‘keepy- ups’ with a giant tennis ball. The 34- year- old was joined by the iconic soccer player Neymar Jr. and his fellow PSG player Marco Verratti.

The three sports icons seem to be getting along and bonding over the game during their stay in Monte Carlo. Novak, Marco and Neymar entertained the crowd for a short period while they played a quick game. Moreover, as the ball was in rotation among the three athletes, Djokovic, was unfortunately, the first to drop it in the keep-ups game.

Novak suffers an early exit at the Monte-Carlo Masters 2022

Although his stay was pleasant ahead of his initial match, Djokovic’s journey at the ATP 1000 title was cut short. The Spanish player Davidovich Fokina defeated Novak on Day- 3 of the Monte Carlo Masters. Surprisingly, Novak’s serves were broken 9 times during the whole match by his Spanish opponent. In a post-match interview, Djokovic stated that he was exhausted and ‘ran out of gas’ during the final set of the match. According to him, failing to stay in a rally with Fokina played an important role in the loss.

The Serbian athlete was eager to get back into the action at the Monte Carlo Masters 2022. In a recent interview, Novak admitted that he missed the competition and his past experiences were his motivation now.

This was only the second tennis tournament that Novak Djokovic has taken part in this year. He lasted in the Dubai Tennis Championships up till the quarter- finals. The Czechian player Jiří Veselý defeated the World No.1 in straight sets.