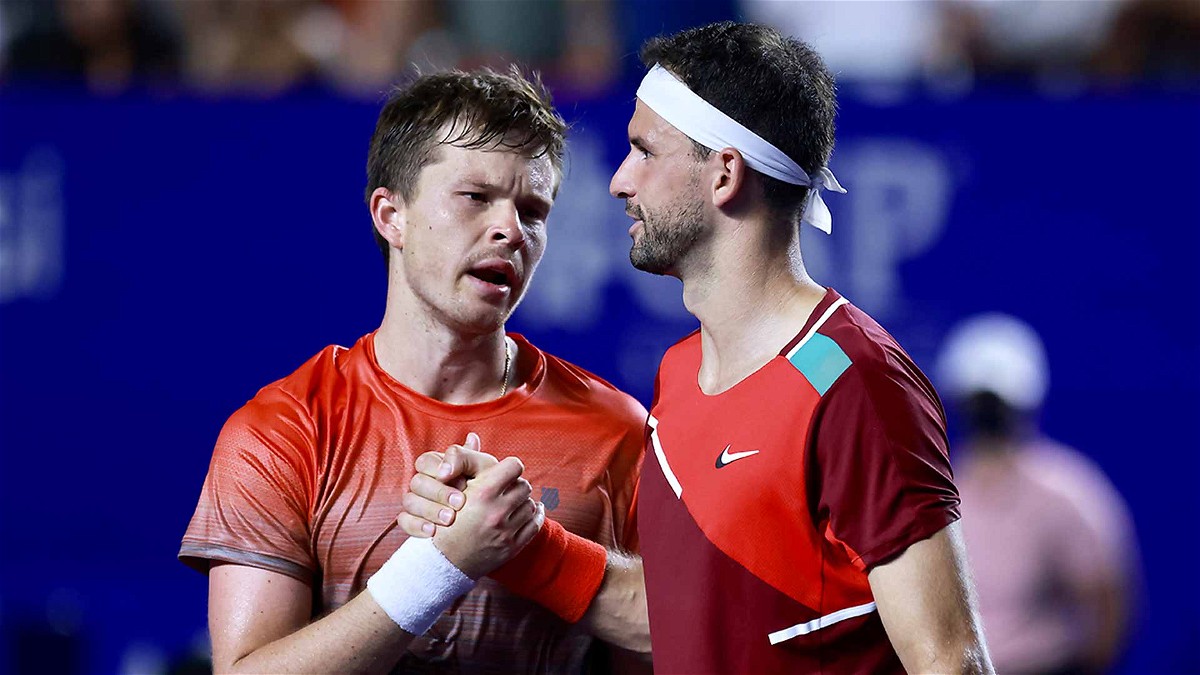 The ATP 500 categories event is currently ongoing in Mexico. A lot of tennis stars including Rafael Nadal, Alexander Zverev and Daniil Medvedev would be present to compete for the title. This particular ATP tournament is important since it would serve as a good warmup tournament for the upcoming French Open grand slam title.

In this tournament, Grigor Dimitrov was slated to face Stefan Kozlov in the first round fixtures. However, an unfortunate incident struck the match wherein Stefan Kozlov was struck down with a painful cramp.

Absolutely crazy scenes in Acapulco, and @GrigorDimitrov never forgets how to be a great sport.

AMAZING – and we hope Stefan Kozlov is okay. ????#AMT2022 pic.twitter.com/ZFtoF2lllA

The former world number 1, Grigor Dimitrov showcased good sportsmanship and went immediately to check on the American, Kozlov. Stefan took a strong lead in the second set after losing to Dimitrov in the first set. In the course of the eight-game when he tried to break Grigor’s serve he suffered a painful cramp and collapsed on the floor.

Due to the hot and humid temperature of Mexico, Stefan’s thighs had stiff muscles that led to the cramps. However, this did not stop him from winning the match against Grigor Dimitrov.

After suffering a minor setback in the second set, the American tennis star portrayed his fighting spirit and came back with a never say never attitude and went on to win the match by a score of 6-7, 7-5, 3-6. The difference between Kozlov and Dimitrov was that of consistency. Stefan Kozlov was able to hold his serves better in other to break the points being made by the Bulgarian.

The match went on to the third set where Kozlov outwitted his former world number 2 opponent to win the challenging match. The match lasted for almost 3 hours and 30 minutes.

Everyone commended the spirit of Stefan after he played a match for this long even after his quads locked up in the initial stages of the second set.