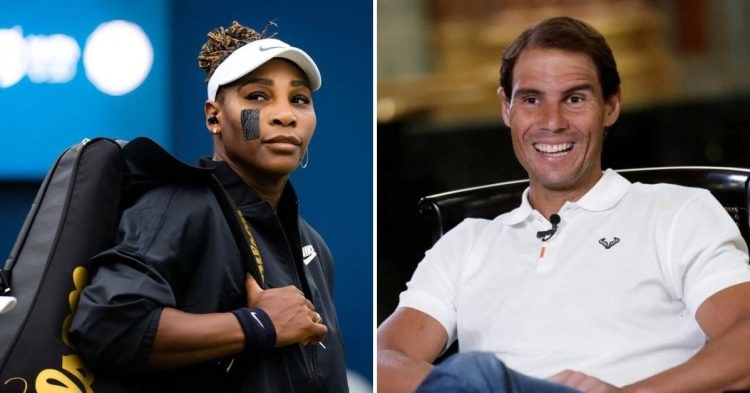 Serena Williams and Rafael Nadal have risen to the top roughly around the same time. They have dominated the game for such a long time and now one of them is ready to leave the court forever. Serena has announced her retirement from the sport after the US Open.

During a recent press conference, Nadal talked about Serena’s retirement and thanked her for her contribution to tennis. As per The Guardian, he said, “Of course, from a selfish point of view it’s sad that she’s leaving the tour but, on the other hand, we can’t thank her enough for all the things that she did for our sport.”

Nadal and Serena have seen each other rise through the ranks to become the players with the most grand slams in the men’s and women’s categories respectively. The two of them collectively have 45 grand slams in singles alone.

There is no doubt that Serena has inspired many people and especially women through her outstanding career. Being a black woman, she faced fair share of problems before making it big in tennis. Most of the young women on tour see Serena as their inspiration.

💬 Rafael Nadal: Serena Williams is an ✨𝒂𝒎𝒂𝒛𝒊𝒏𝒈 𝒊𝒏𝒔𝒑𝒊𝒓𝒂𝒕𝒊𝒐𝒏✨ for a lot of people around the world 🌍🙌@RafaelNadal | @serenawilliams

Nadal also called her an inspiration and wished her the best for the next phase of her life. He said, “I think she’s an amazing inspiration for a lot of people around the world and I think she deserves to choose whatever works for her better at this stage of her life. So I wish her all the best.”

Nadal and Serena will be next seen at the Cincinnati Masters. It will be Serena’s second last tournament before the final showdown at the US Open. Nadal is currently suffering from an abdominal injury but still gave his confirmation to play in Cincinnati before the US Open.