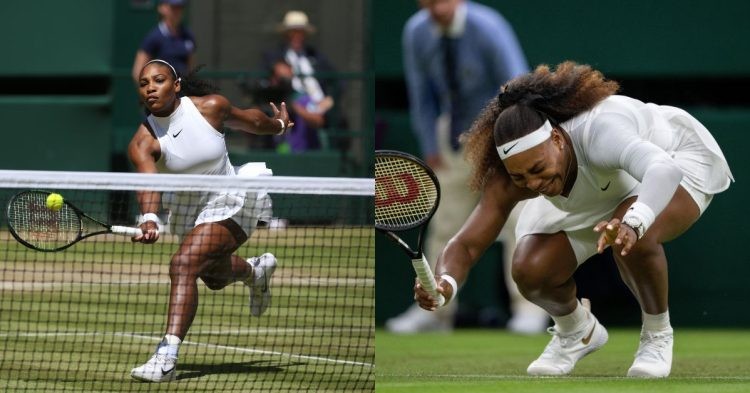 Serena Williams had a little mishap last year at Wimbledon that led to her taking a one-year break from tennis. During her first-round match, she slipped on the Centre Court which led to a serious hamstring injury. She was forced to forfeit the match and exit the tournament in the first round.

Wimbledon had a rule that the players were not allowed to practice in the Centre Court or Court 1 before their actual match. The logic behind it was that the court had to be preserved for the main event. However, that rule got changed this year and one main reason was Serena’s incident last year.

The injury cost Serena one year of her tennis career. She could have played and won her record-equalling 24th grand slam. However, coming back from an injury at 40 years to win a grand slam is a monumental task. Only someone like her could possibly pull off such a big feat.

Serena Williams is “super happy” to practice on Centre Court

During the pre-tournament press conference, she was asked about the change in rule. Serena was that the rule had been changed but also understood why the rule was important in the first place. Moreover, she said, “It was interesting you know. On one hand, it’s amazing and on the other hand, it’s like, we have to preserve the Centre court.”

While Serena understands both sides, she thinks the rule change has happened for the better. The American legend further said, “I was super happy to be out there and have that opportunity. It was also good for me to like get that out of my system because the last moment I had on center court was probably not my best moment.”

It was the first time that players were allowed to practice in the Centre Court and Court 1 to help them get a hang of the court before the tournament. Serena Williams also got some time to practice and will be hoping to make the most out of this year’s Wimbledon. She will face France’s Harmony Tan in the first round on the 28th of June.