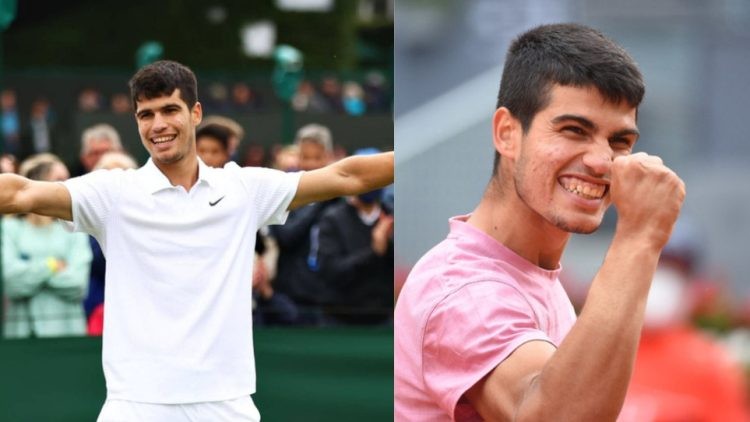 Spanish tennis player Carlos Alcaraz is having a great tennis season. In his young tennis career Carlos has enjoyed several accolades. Alcaraz won his first ATP Tour event by capturing the Rio Open. He backed up that form and win by claiming the Miami Open. He then broke into the world’s top-10 by winning the Barcelona Open.

Born to Carlos Alcaraz Gonzales and Virginia Garfia in El Palmar, Murcia, Spain, Carlos Alcaraz is celebrates his birthday on 5th of May. Both his parents are of Spanish ethnicity and he has three siblings; Alvaro, Sergio, and Jaime Alcaraz.

Carlos first started playing tennis at the Real Sociedad Club de Campo de Murcia, there his father was the director of the tennis academy. His father was named among the top 40 players in Spain. Carlos Alcaraz Gonzalez was a former tennis player. Thirty years prior, Carlos’ dad was one of the main Murcians to acquire ATP focuses.

The 19-year old enjoyed a magnificent first half of 2022 when he became the youngest player to break into the world’s top 10 since Rafael Nadal did in 2005. He has a win-loss record of 32-4 and has already won four titles this year. Including a Masters 1000 event in Miami. The Spaniard has beaten a top 10 player on eight separate occasions.

At the age of 16 in February 2020, Alcaraz made his ATP primary draw debut at the Rio Open. In 2021 he won in Umag. Carlos is having an exceptional 2022 season. He is the youngest active male player to have won multiple ATP titles.

While playing in the 2022 Madrid Open he became the first teenager to beat Rafael Nadal on clay, and also defeated Novak Djokovic and Alexander Zverev en route to another title. The Madrid Open final win was Alcaraz’s 7th straight win over a top-10 player and also his tour-leading fourth title of the year after victories in Rio de Janeiro, Miami and Barcelona.

The Spaniard has only played eight full Tour matches on grass courts. Six of those Tour matches were in 2019 when he played on the ITF junior circuit. Only playing two as a pro last year at Wimbledon.

Carlos was on the cusp of breaking another record in his young career at Wimbledon.  Winning his third round match against Oscar Otte in Wimbledon, he became the youngest tennis player to qualify for Wimbledon last 16.