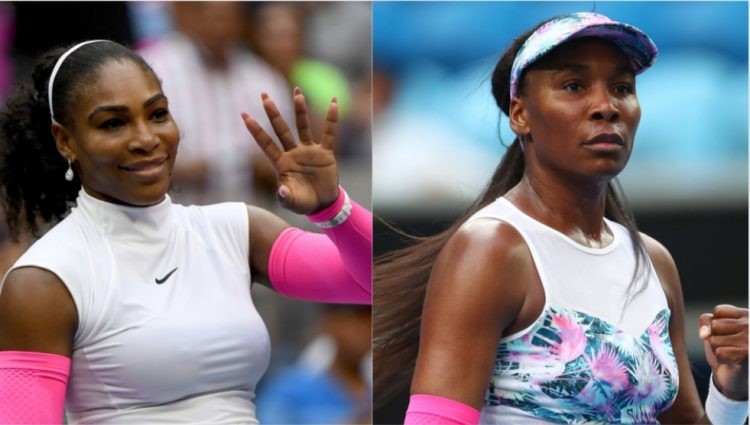 Serena and Venus Williams are professional tennis players from the United States of America. The Williams Sisters have dominated the tennis courts for decades. Be it, Serena or Venus, both have been at the top level of the game for years. The duo used to give nightmares to their opponents. Venus is two years older than Serena.

The Williams sisters had a humble start in their life and now are part of the richest tennis players club. The Williams family moved from Compton to West Palm Beach, Florida, when Serena was 9 years, so she and Venus could train under Rick Macci, the same tennis coach that trained players like Andy Roddick, Jennifer Capriati, and Maria Sharapova.

Rick Macci has a deep respect for the Williams family. He said, “Back in 1991 to ’94, it was really me and Richard against the world. He was my best friend, and Venus and Serena were like family. They were like my daughters. And when you’re with someone every day, four, five hours a day, six days a week for four years, that’s a long time.”

In an excerpt from Serena Williams’ 2009 autobiography’ ‘On The Line’ she described her bond with her sisters. Williams revealed that being the youngest, she was adored by all her older siblings. She wrote, “Yetunde was the forgiver with a heart of gold, Isha was the caretaker who looked after all her sisters. Lyndrea was the ever-ready play pal. I’m not sure as to how others saw Venus. But to me, she was like a benevolent bodyguard.”

The age difference between the Williams sisters

The Williams family has five daughters. However, only Serena and Venus are the ones to pursue a career in tennis. They have an age difference of two years. Venus is 42 years old whereas Serena is 40.

Venus Williams is a former world No. 1 in both singles and doubles. She is widely regarded as one of the all-time greats of the sport of tennis. Along with her younger sister, she is credited with bringing in a new era of power and athleticism on the women’s professional tennis tour.

Ever since Venus joined the Women’s Tennis Association in 1994, she has won seven Grand Slam titles and five Olympic medals. She has four gold Olympic medals and one silver medal. In February 2002, Venus became the first female Black tennis player in the Open Era to rank number one in singles. She was second of all time after Althea Gibson in the 1950s.

This #TennisTuesday, we are excited to share @RickMacci's latest interview with @GQSports on how he helped the Williams sisters transform tennis from the 90s on. Read more about their journey: https://t.co/jTirfaekdh#MasteredMomentum pic.twitter.com/ff6umAr7ba

Serena is perhaps the greatest female tennis player to date. She has won 23 Grand Slam singles titles which is the most by any player in the Open Era, and the second-most of all time, only behind Margaret Court who has won 24. The Women’s Tennis Association (WTA) ranked her singles world No. 1 on eight separate occasions between 2002 and 2017.

The 6th time when Serena got the top ranking, she held her position for 186 consecutive weeks while tying the record set by Steffi Graf. In total, she has been WTA No. 1 for 319 weeks, which ranks third in the Open Era behind Graf and Martina Navratilova. She is the only American player, male or female, to win more than 20 slams.