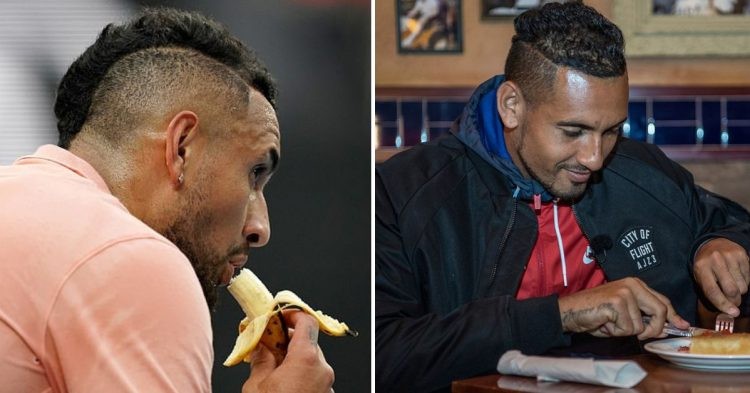 Nick Kyrgios has become the talk of the town ever since he reached the final of Wimbledon this year. Considering his potential, he should have reached more grand slams a long time back. During the course of his career, Kyrgios’ diet has played a big role in his success on the court.

Kyrgios follows a vegan diet now and it is not because of dietary or health reasons. It is a well-known fact among tennis fans that Kyrgios is an animal lover. As per Dmarge, he said, “It’s not for health, because I don’t mind a pint of beer, so I’m actually just doing it for the love of animals.”

As per Kyrgios, he loves animals and is doing everything in his power to save them in whatever little way he can. Furthermore, he said, “But yeah, that’s it. I love animals, and I love the world, I love the environment, so I’m doing everything I can to prolong its welfare.” Kyrgios now stays completely away from milk and dairy.

Nick Kyrgios is trying his best to save the environment

Apart from saving animals, Kyrgios also believes in saving the environment. As a step towards that, he now drives a Tesla instead of vehicles that run on oil. Moreover, he said, “I drive an electric car now. I’m trying to do as much as I can for the environment.”

Many people have given up on wildlife and environmental conservation thinking it is too late to do anything. However, Kyrgios is not one of them. He thinks he should start with the change that he wants to see in this world.