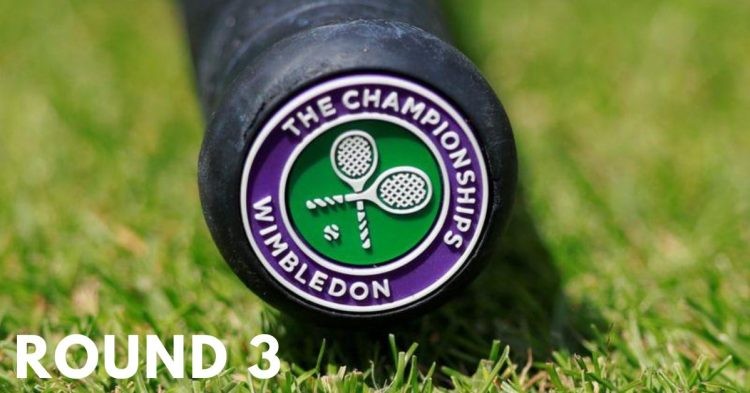 Day 5 of Wimbledon has some exciting matches lined up. Players like Djokovic, Alcaraz, and Kerber will play at the All England Club to get closer to the title. Here’s a look at today’s main matches and the predictions for it.

Novak Djokovic and Miomir Kecmanovic both hail from Serbia and there is no doubt as to who the favorite is in this match. Djokovic holds a head-to-head record of 2-0 against Kecmanovic and will be looking to extend his record.

Miomir Kecmanovic beats Alejandro Tabilo 7-6 7-6 3-6 6-3 to set up an all Serbian meeting with Novak Djokovic on Friday!

Miomir’s stunning 2022 continues with no pause: 27-14 and third round reached at all 3 Major tournaments pic.twitter.com/CDdVAMv2Mr

The two have come face-to-face twice and Djokovic has won both the matches. However, both the matches were played on clay. Kecmanovic is an up-and-coming player and you never know when he might surprise everyone. However, till then, Djokovic is expected to advance to the next round.

Teenage sensation Carlos Alcaraz will face Germany’s 28-year-old Oscar Otte. While you may not know Otte, he is seeded 32nd in the tournament. Many might assume that Alcaraz will win the match but it is not so clear.

Otte has a lot of experience while Alcaraz is just starting out. If the match gets neck-to-neck, Otte might come on top due to his experience. It is tough to predict a winner for this match but our are bets are on the Spaniard. What cannot be denied is that Alcaraz will have to really play hard to go to the next round.

Germany’s Angelique Kerber is no stranger to high-pressure matches as she has already won three grand slams including one Wimbledon. She has been playing some great tennis and fans have been able to see the old Kerber.

However, she will face a very tough opponent in Belgium’s Elise Mertens. Elise got a walkover in the first round but she proved her worth in the second-round match. While Elise is seeded 24th, Kerber is seeded 15th. With the way Kerber has played till now, it looks like she might get the better of Elise in the third round.