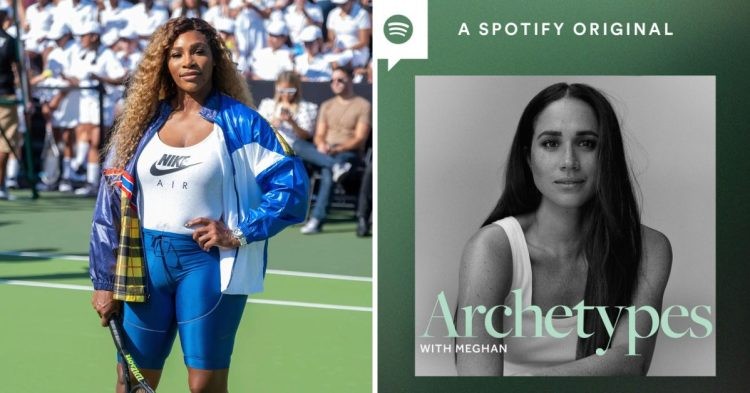 Meghan Markle has started an exclusive podcast on Spotify called Archetypes and the first guest on her show is none other than Serena Williams. The recent podcast episode put many rumors to rest particularly regarding the friendship between Meghan and Serena.

There was a recent tabloid that went viral that claimed that Meghan and Serena are no longer friends. However, the episode was enough to prove that the two are in fact very close friends. The two talked on a wide range of topics particularly focused on the issues faced by women in society.

After the episode was released, Serena put a post on Instagram regarding the same. Moreover, the caption read, “I loved talking about so many important topics with my dear friend Meghan as her first guest on #archetypes for @spotify! It’s out now and worth the listen, especially if you’re ambitious.”

Serena Williams won the French Open in 2018 but not many know about the story behind that victory. The 23-time grand slam winner talked in depth about what happened prior to the match. A day before the final, Serena’s daughter Olympia fell from her highchair and Serena had to rush her to the hospital.

Furthermore, she said, “We didn’t get back until like four in the morning. Meanwhile, of course, this is the one day I was playing early. I remember holding her the whole night and just rocking her to sleep. I just didn’t let her out of my sight at that point.”

Serena won the match with hardly any sleep but couldn’t really celebrate her victory. She said, “I somehow managed to win, but I was so emotionally spent and so emotionally drained that it was crazy. Then, like every night after that, I just was with her the whole time. It was like, ‘You’re gonna be with me.’” After so many grand slams and so many crazy stories, Serena will retire from tennis after this year’s US Open.