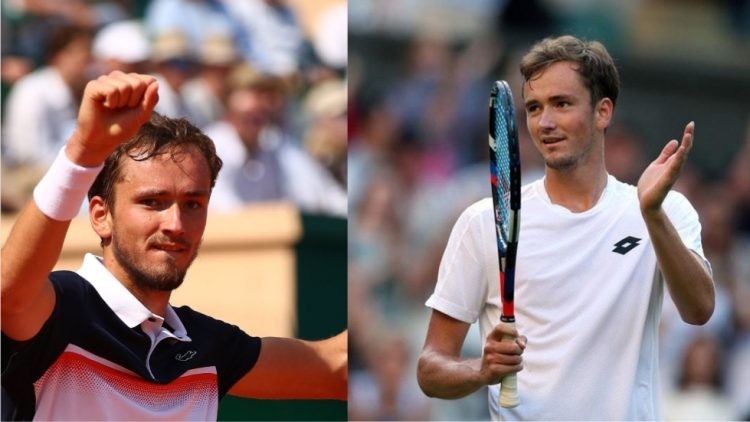 Daniil Medvedev is the man who challenges any top player in the world. The world’s no.1 player won the 2021 US Open by defeating Novak Djokovic in the final. The Russian player has also laid his hands on the prestigious Davis Cup.

Medvedev is in Los Cabo, Mexico playing tennis in preparation for the upcoming American Grand Slam. He will defend his singles title in the 2022 edition of the tournament. In the first round match in Los Cabo, Daniil defeated Australian tennis player, Rinky Hijikata 6-4, 6-3. With this win, Medvedev recorded the 250th win of his career.

Daniil became the 7th man born in 1990 or later and just the 2nd born in 1995 or later to reach this milestone. Alexander Zverev, Dominic Thiem, and Grigor Dimitrov are some of the other players on this list.

After his milestone career win against Hijikata, Medvedev said, “Somebody told me this a few days ago on media day. Otherwise, I would have not known. But that’s nice, that’s probably a milestone in a way—I want more victories, but that’s nice to have 250. We’ll try to get more.”

Daniil will use these matches to prepare himself for the 2022 US Open. He would love to win the Grand Slam and cement his spot at the world no.1 before ending the year.

Daniil Medvedev triumphed over Novak Djokovic in the final of the 2021 US Open final to get his hands on his first Grand Slam title. The Russian defeated Nole 6-4, 6-4, 6-4 to hand defeat to the Serbian.

Daniil surprised the world with his immaculate win and won the hearts of many fans around the world. The Russian will like to imitate the same fate in this year’s US Open. The match was a high-intensity one and the emotions went berserk. The stadium was filled with more than 24,000 spectators.