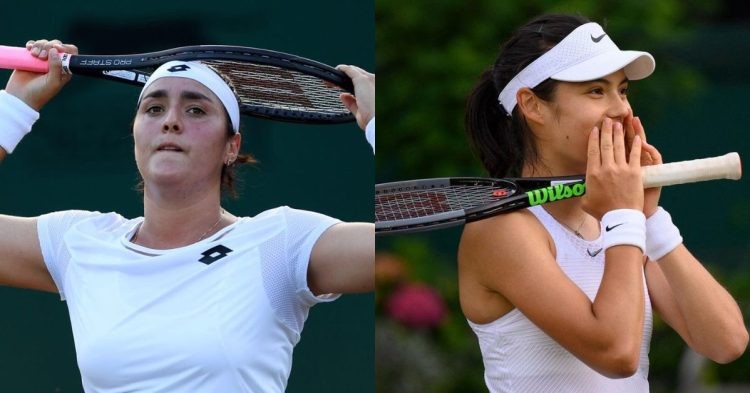 Ons Jabeur played very impressively in Wimbledon this year as she made it to the final of the tournament. However, her impressive performance did not help her with the WTA rankings in any way. This year’s Wimbledon was special for many reasons.

Due to the ban imposed by Wimbledon on Russian and Belarusian players, the tournament was stripped of its ranking points by WTA and ATP. Therefore, points from last year’s edition were dropped off and no points were added for this year’s Wimbledon.

Due to the same, Jabeur’s ranking slipped from number two to number five. Emma Raducanu, who crashed out of Wimbledon in the second round, saw her ranking going up despite the dismal performance at the All England Club. She made her debut in the top 10 list and is currently ranked number ten.

🇬🇧 @EmmaRaducanu enters the ranking at No.10 and is the fifth British woman to break into the Top 10 since the system was introduced! pic.twitter.com/2WIucaKWz4

Iga Swiatek continued her reign at the top followed by Anett Kontaveit. Maria Sakkari climbed a few places and regained her career-high ranking of number three. Wimbledon winner Elena Rybakina remained at number 23. She would have climbed to number six if ranking points were awarded for Wimbledon.

Coco Gauff also reached a new career-high as she went one spot up to number 11. She crashed out in the third round of Wimbledon but still saw an improvement in her ranking. Karolina Pliskova took the biggest dent as she crashed out of the top 10.

Before Wimbledon, she was ranked number 7. She lost in the second round of Wimbledon but that had no impact on the fall in her ranking. She lost 8 spots and is currently ranked number 15 in the world. Players will look to improve their ranking in the coming ATP tournaments as well as the US Open.