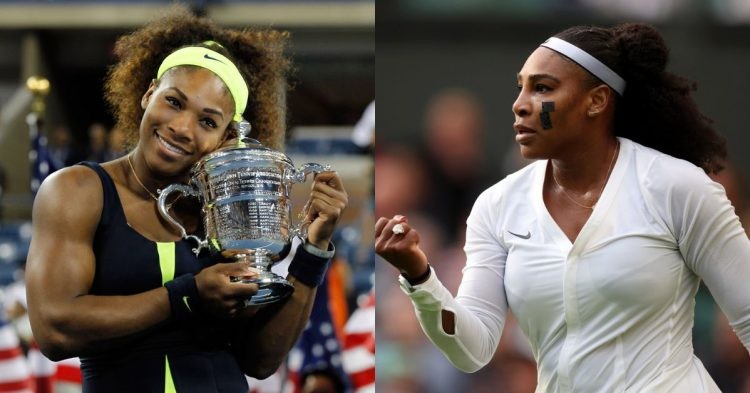 Serena Williams had a heartbreaking loss against France’s Harmony Tan after the latter won the match in three sets. The match was very intense with one game sometimes going for as long as 20 minutes. Serena, at one point, was on the verge of winning the match.

While Serena is clearly not invincible like she used to be during most of her career, she is not demotivated by that. She was aggressive as usual and was playing good tennis for someone who is 40 years old and is playing after a year-long gap.

During the post-match conference, Serena made it clear that the game has only motivated her to practice harder. As per her, she was not too bad and could improve through practice. Moreover, the American legend said, “It definitely makes me want to hit the practice courts because you’re playing not bad and you’re so close.”

Serena Williams motivated to play in the US Open

Now that she is back in action, people are speculating about whether she would play in the US Open. To put matters to rest, Serena divulged information on her plans to play the US Open.

Serena was asked if she would be playing in the US Open this year. Without fully confirming, she revealed that she was motivated to play the grand slam in front of the home crowd. The junior Williams further said, “There’s definitely lots of motivation to get better and to play at home.”

#SerenaWilliams showed us that she is not done yet all! 🎾 We will absolutely see her again in US Open! #Wimbledon It was a super entertainting match in all aspects! Congratulations, Harmony Tan! 🎊 pic.twitter.com/4gCV2cN3Uc

Serena fans are already excited to know that the legend is most likely to participate at the US Open. Now that she is out of Wimbledon, fans are expecting her to come back stronger.

For Serena, the US Open is the most special grand slam. It is the first-ever grand slam she won and that win eventually led to 22 more grand slams. Furthermore, she said, “When you’re at home, especially in New York, and the US Open, that being the first place I’ve won a Grand Slam, is something that’s always super special.”