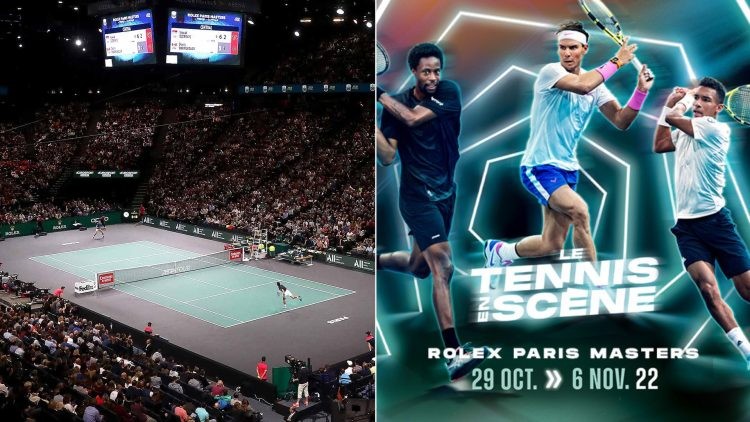 The Paris Masters is one of the most awaited events under the ATP banner this year since it would essentially be the last ATP 1000 event of the year before we move on to the Australian Open which is slated to be held in early 2023. Apart from fighting out for the famed title, there are two players who would be fighting for the World No.1 spot as well.

Carlos Alcaraz and Rafael Nadal will surely be considering the Paris Masters as an important event for the sake of their rankings. We can see a potential rivalry brewing between the young Spaniard and Rafa who is comparatively a seasoned campaigner in professional tennis.

Wednesday’s order of play is 💥

Paris Master 2021 was won by Novak Djokovic who defeated Daniil Medvedev in the finals to clinch his sixth Paris Masters title. Rafael Nadal will also be finally making his comeback in the tournament after two months’ worth of hiatus from professional tennis.

There are a lot of other top-seeded stars in the tournament such as Carlos Alcaraz, Daniil Medvedev, and Stefanos Tsitsipas, any of these players could have a title-winning run.

The Rolex Paris Master is being played as usual at the Accor Arena on Boulevard de Bercy.

Even though the venue of the tournament is in Paris, the court for the tournament is a hard court which could mean that players such as Daniil Medvedev and Carlos Alcaraz who hold a good record on this surface will have an advantage.

The tournament started on the 31st of October for unseeded players who will have to play from the first round and it will run till the 6th of November which is the date of the final match.