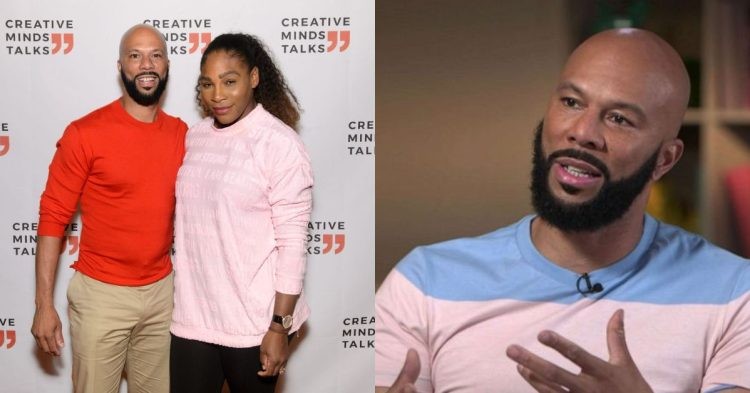 Serena Williams, a name that pops up almost whenever talking about WTA Tour corresponding to her numerous successful endeavors and influence on the younger generation, surprisingly is cared for by her ex-boyfriend as well.

Popular hip-hop artist and actor, Lonnie Rashid Lynn, who goes by his stage name ‘Common’ dated the American icon, William, from 2007-2010, a relationship which was reported to have gone on and off.

Congrats to @SerenaWilliams 2015 Australian Open Champion #Greatness is Among Us.

“It’s OK though! We’ve got a great understanding, and I care about her as a person. Most of the women that I’ve dealt with, I care about, so we can keep that friendship…You still have that respect and love for them and still want to see them do well,” Common said on The Meredith Vieira Show.

At the talk show, Common opened up about his work ethic when surrounding circumstances such as break-ups involving a serious relationship and his mentality towards dealing with such situations.

Serena Williams’s success in tennis and achievement in the fortitude of milestones eventually brought her closer to Hollywood where she met her ex-boyfriend and rapper Common.

The relationship reportedly had gone sour per Williams’s statement in an interview with Harper Bazaar in 2010 because Common had a schedule jam-packed and worse than hers leading them unable to spend more time together which ultimately led them to drift apart.

“His schedule is actually worse than mine,” she said. “He didn’t want the responsibility. It’s really tough,” added Williams.

Common once opened up about his relationship with Williams back in 2014 talking to Uptown magazine, the rapper said, “If I’m in it as much as I was with Serena, as much as I loved her…it takes time to heal and find that peace to be able to move on. It was kinda eventually a mutual thing, but she initiated it.”

The couple had dated for 3 years and the relationship, although, nothing less than a roller-coaster ride, always had room for respect between the two.

Who is Serena Williams’ husband?

Serena Williams has been married to Alexis Ohanian since 2017. The couple initially met in Rome when Alexis bumped into Serena while she was on the tour and was having breakfast with her crew in a restaurant.

The couple since then have been on a joyride of having spent together their best moments in life and gave birth to daughter Olympia Ohanian in 2017, who is the center of the universe for them both.

Alexis Ohanian is an internet personality, investor, and entrepreneur who is the co-founder of one of the most famous social news aggregation, content rating, and discussion websites, Reddit.

Williams after her appearance at the US Open 2022 took a step back from professional tennis to be a better mother to Olympia and focus more on her capitalist venture company Serena Ventures.