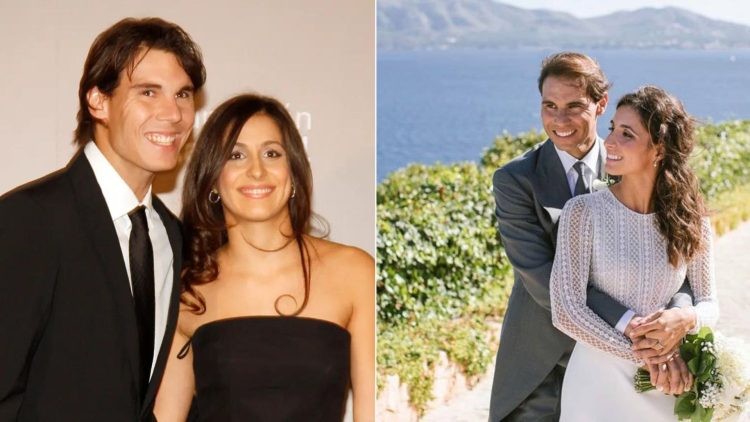 Rafael Nadal has been quite a bit low-key about his personal life, especially with his wife Maria. However, it goes without saying that he is a family man and he prioritizes his family over anything and everything.

Rafa has been together with his wife Maria Francisca Perello since 2005 as a romantic partner and married her on October 15, 2019.

Only recently on October 8 was the Spanish couple blessed with their first child who is a baby boy. The baby was reportedly born in Mallorca which is Nadal’s hometown.

Rafa withdrew from the Lavers Cup after playing alongside Federer in his last match ever to spend time with his family. He even took a couple of weeks off tennis to dedicate this time to his wife and his newborn baby.

Even though Nadal or any of his family members have not publicly revealed the boy’s name, a local Mallorcan tradition may suggest that the boy may be named after his grandparents.

This would mean that Nadal’s baby should be named Sebastian, which is also the name of Rafa’s father.

A press report also said that the Spanish couple wanted to name their child after his father i.e Rafael. The word Rafael has its origins in Hebrew and it literally means ‘God has Healed’ and the name is related to power, intelligence, and nobility.

Rafael Nadal’s life changed after having a son

Rafael Nadal in an interview opened up about his feelings about leaving his son behind for his Paris Masters tournament, and he surely was not a happy man.

Nadal is making his comeback in tennis following the US Open as he was not only recovering from an abdominal tear but also spending time with his wife and his baby boy. He will finally be competing in an ATP tournament after two months of absence.

This would be his first event after he became a father and it would surely be difficult for him. On this he further stated,

“Now it’s different again. After three weeks knowing my son, it’s a difficult experience in life to have to miss him, you have to adapt to it.”

“But we are lucky to make video calls any time we want,”

Rafa has been warned by his uncle Toni about the difficulties of competing while becoming a father and it seems that the warning was completely true. We can only hope that Rafa copes with this and makes a strong comeback in the Paris Masters.