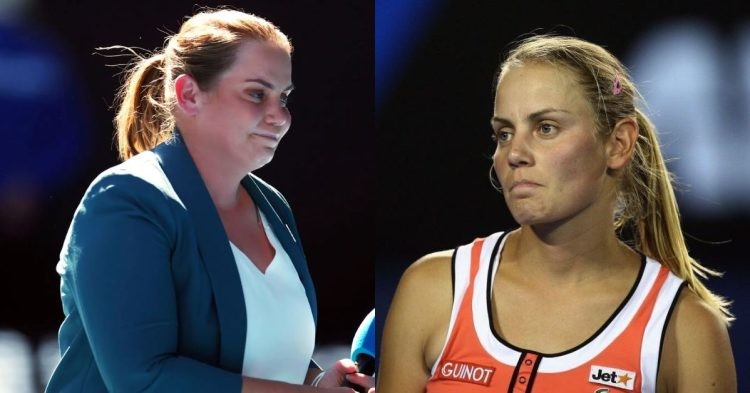 Former WTA world No. 4 and currently presiding as the Australian Open 2023 commentator Jelena Dokic has dropped an extensive post on Instagram expressing her disgust towards trolls’ body shaming and abusing her.

Jelena, who has been a victim of fat shaming and body abuse in the past and victim to numerous smearing on online platforms, burst out at online trolls for abusing and body shaming her, leaving her traumatized due to events as such.

Dokic has extended her feelings following the comments she received on social media platforms and expressed her mere disgust and disappointment towards trolls resorting to such abuses quoting “Disgusting. People should be ashamed. The most common comment being ‘what happened to her, she is so big?’

Adding further to the bullying she faced online, Jelena went on to thank the trolls for helping her feel motivated to fight against people as such and concluded by saying she would not reveal the identity of trolls harassing her as a gesture of kindness.

“I will also be kind and the bigger person unlike you trolls and not reveal your identity. Love you all, even the trolls because you give me so much motivation and inspiration to do what I do and to fight against people like you,” commented Jelena in her Instagram post.

Jelena, after condemning trolls promoting tormenting and horrifying behavior as such, also reached out to her well-wishers and thanked them for all the support they’ve provided her through the course of years of her struggles.

The Australian tennis player turned coach Jelena, achieved her career-high ranking of world No. 4 in August 2022 and added to her record wins on all court surfaces during the period of her WTA Tour.

Jelena Dokic has been a subject to various issues she’s been facing since her childhood and last year spoke about her mental health struggles and revealed how she almost took her life in April 2022 after suffering from depression.

The 29-year-old former tennis professional Jelena at the moment is serving as a commentator in the ongoing Melbourne Slam, the Australian Open where she interviewed and congratulated Serbian tennis star Novak Djokovic amidst his third-round win at the ongoing championship.

Dokic when she was a mere 16 years old made history when she earned herself the biggest upsets of all time, defeating the then world No. 1 Martina Hingis in the 1999 Wimbledon championship. This serves as the only time a qualifier ousted world No. 1 at Wimbledon.