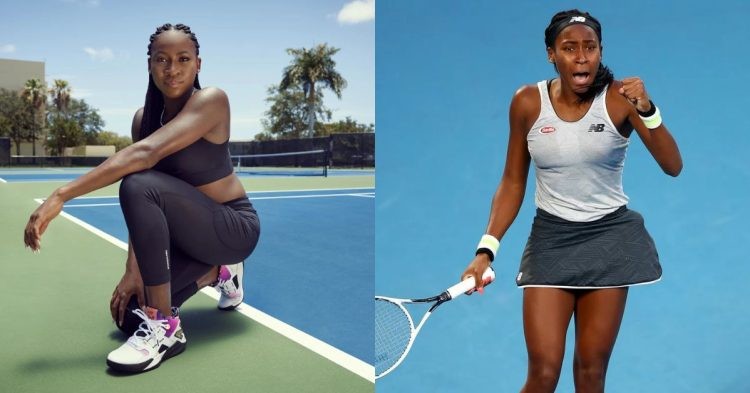 Coco Gauff, in a short period, has quickly succeeded in becoming a young sensational athlete in tennis and the sports world alike owing to multiple achievements at such a tender age.

Coco first rose to prominence after having a delightful taste of winning her first-round match against Venus Williams at Wimbledon when she was merely 15.

After defeating one of the top players in the WTA circuit, Venus Williams, who was also Coco’s idol and served as one of the most iconic personalities in the tennis world, her journey of international recognition began. And, she became a global superstar overnight.

18-year-old Coco is an American-born citizen and so are her parents. When she was 7 years old, the family of three, her father, mother, and Coco herself moved to Delray Beach, Florida. She shares an African-American heritage. Coco was born in the city of Atlanta, Georgia, and first turned pro in 2018.

Coco Gauff won her first WTA Tour singles title in 2019 by clinching the Linz Open and is also the youngest player since Kim Clijsters to make it to the Roland Garros finals. Her impressive tennis record which has stumped the world however circles around her faith and dedication to the religion she follows.

Currently ranked at world No. 7, Coco is a follower of Christianity and notably is very religious. Gauff is known to worship the Saint John Missionary Baptist Church in Florida.

The young star is a devoted Christian Baptist and, as a part of her devotion to God, even sings in the choir quite often. After her win against Venus Williams at Wimbledon, Coco knelt and prayed which came as an emotional reaction to her victory.

Coco’s first professional qualification into a WTA Tour event took place in 2018 and she has since come a long way. In a recent interview, the American opened up about her foot set in different camps, playing and practicing multiple sports to keep herself at the peak condition the sport calls for.

The American tennis professional is currently participating in the Australian Open where she seems to be in high spirits and is likely to put up a show for the Aussie crowd.