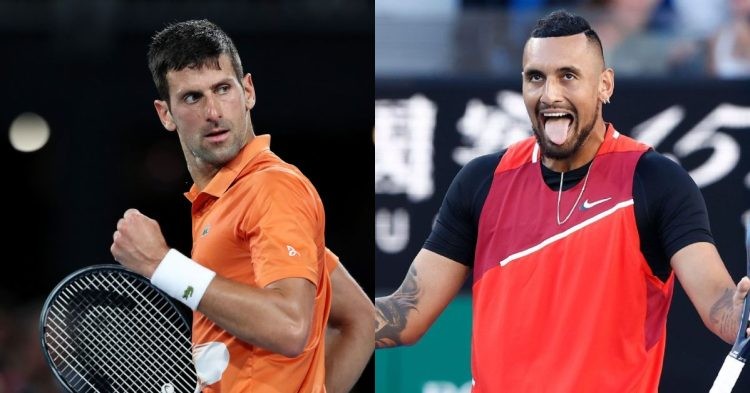 The fans in Melbourne will have a chance to watch a cracking duel ahead of the Australian Open 2023 where Novak Djokovic and Nick Kyrgios will embrace an exhibition match at Rod Laver Arena on January 13, this Friday. The tickets went online on Tuesday morning for $20 and were gone in 58 minutes!

Djoker and Kyrgios better known as ‘The Bad Boy of Tennis’ will compete in front of a packed crowd, making a good show out of it. Novak and Nick were far from being friends in the past, with the Aussie using every opportunity to attack the Serb. Their relationship improved last year when Nick defended Novak during his ten-day Australian saga.

Get set for explosive action as tennis’ most famous frenemies come together on RLA for an exciting practice match before #AO2023.

Kyrgios had the upper hand over Djokovic in their first matches on the Tour, and they met again in the last year’s Wimbledon final. Nick played well to reach his first Major semi-final, receiving a walkover from Rafael Nadal and setting the title clash against Djokovic.

After Nick Kyrgios called Djokovic a ‘tool’ in 2021 following his complaints regarding lockdown hotels on the ATP tour, the duo seems to have made amends, with it seeming like they are now good friends.

Wow Nick Kyrgios is bad for the sport! Wow what a disgrace, a national embarrassment! How dare he sell out another stadium, the arrogance https://t.co/Sn37U2nAjv

The improvement in the relationship occurred after Kyrgios supported Djokovic’s quest to get a visa for Australian Open 2022, while it continued to flourish as the duo fought each other in the Wimbledon 2022 final.

“I wasn’t his favorite guy let’s take it that way- for many years. But he was one of the very few that stood by me last year, and I respect that and appreciate that.” Djokovic said of the relationship with Kyrgios.

The Department of Home Affairs confirmed in November that Novak Djokovic had received a temporary visa meaning he will compete in the 2023 Australian Open and attempt to win a record-extending 10th Australian Open men’s singles title.