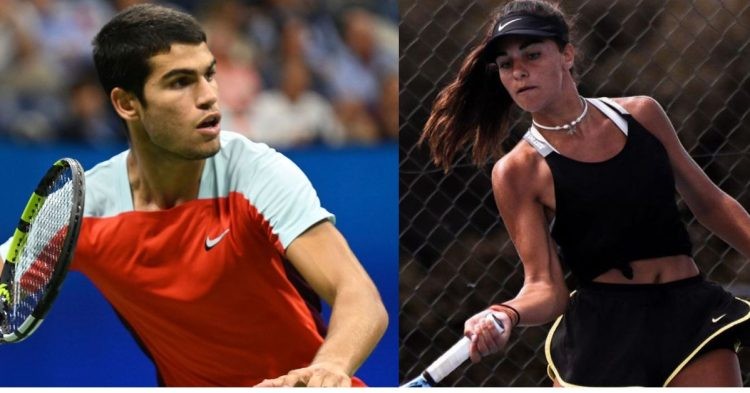 Carlos Alcaraz is currently immersed in tennis. At 19, he is touted as the successor of his Spanish counterpart Rafael Nadal. However, he manages to find time for his love life in between his tennis sessions. There have been reports that Alcaraz is currently dating Maria Gimenez, who is also a tennis player.

During the US Open, Alcaraz shared a story on Instagram where he can be seen sharing a sweet moment with Gimenez. The photo shows Alcaraz giving a peck on Gimenez’s cheeks. Alcaraz went on to win his first grand slam as he lifted the US Open.

Alcaraz has generally been private about his personal life and people generally get to see him only as a tennis player.

Just like Alcaraz, Gimenez also hails from Murcia, Spain. She currently plays Murcia Club de Tenis (MCT), which is a tennis club in Spain. NPR News wrote, “Carlos Alcaraz was born in El Palmar, Murcia, and the couple is said to have been childhood friends from the same city.”

Gimenez’s Instagram profile has a lot of pictures of her on beaches. It is quite evident that she is a beach person.

However, that is all that we know about Alcaraz’s girlfriend. It is quite a possibility that Alcaraz’s success could be attributed to Gimenez, who might have helped him keep his mental peace all this while. After all, what Alcaraz has managed to achieve at such a young age is clearly an extraordinary feat.

If Gimenez climbs up the ladder in the coming years, we might see her on the WTA tour. It would excite fans in getting to know more about Gimenez and her relationship with Alcaraz. The two are currently focused on building their tennis career and might go public with their relationship only after reaching a secure position in their career.