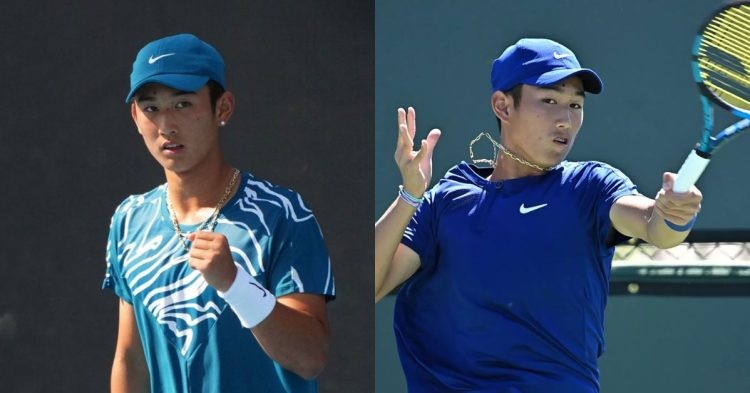 Shang ‘Jerry’ Juncheng is a name that is sure to go down in history, as he is the first Chinese player to win an Australian Open 2023 Main Draw Singles Match.

Shang, who is also nicknamed ‘Jerry’, hails from the Chinese province of Beijing, and has had a remarkable rise to the top of the tennis world. Juncheng turned pro in 2021 and has since achieved the No. 1 rank in the ITF Junior circuit.

His stellar performance by winning his first title in Lexington Challenger 2022 confirmed his rise to prominence as he became the youngest Chinese player to bag a Challenger Tour trophy in history and the youngest player since Carlos Alcaraz to do so.

He won his first Grand Slam match at the French Open, and since then, has had a meteoric rise to the top of the tennis world.

In the Australian Open 2023, Juncheng’s impressive run of form continued as he made it to the main draw of the tournament. He eventually went on to win the final round singles match against Oscar Otte, becoming the first Chinese player to do so in the Open era.

Shang Juncheng is a young achiever

Shang Juncheng although 17 has clinched applaudable milestones under his belt. He is the first player to be born in 2005 and win a tournament on the ITF junior Circuit in 2019.

Shang made his professional debut at the 2022 Rio Open, an event under the ATP Tour 500 where he received entry upon getting a wildcard owing to Juan Martin Del Potro announcing his retirement from professional tennis.

Juncheng’s persistence is a testament to the hard work and dedication that is required to reach the top. His victory in the Australian Open 2023 is sure to go down as one of the most historic moments in Chinese tennis history.