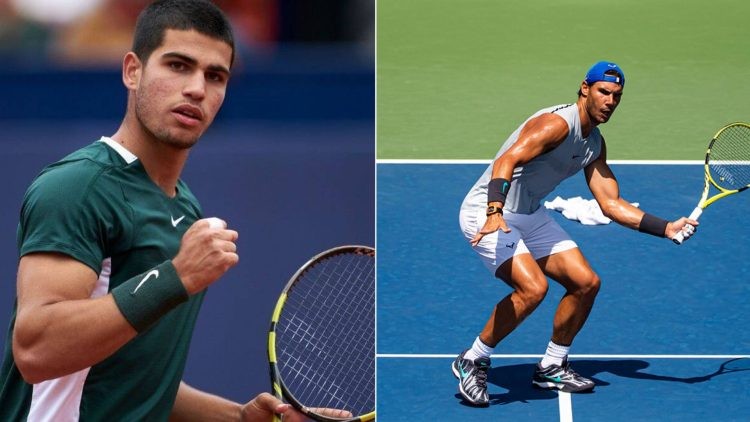 Carlos Alcaraz is currently ranked No.1 in the ATP rankings and another record currently held by him after he won the US Open is that he is the youngest ever player to hold the No.1 spot at 19 years and 4 months.

Carlos surely had one of the best seasons of his career in 2022 and is currently going through a purple patch. The best part for him would be that he probably still has not reached his peak yet.

A lot of the members of the tennis fraternity are determined that Carlos is the future of tennis, especially after the retirement of Novak Djokovic and Rafael Nadal. During the Madrid Open, Alcaraz managed to get the best out of both of these players in a single run and he even went ahead and won the title.

Ever since Carlos won the Miami Open, he has clearly been on an upward trajectory. The only thing missing for him was a grand slam title, the absence of which was fulfilled by Alcaraz after he won the US Open by defeating Casper Ruud in the final match.

Carlos Alcaraz is focused on retaining his ATP No.1 rank

With the upcoming Paris Masters, Rafa is breathing down on Carlos‘ neck in order to clinch the No.1 rank. When Carlos was asked about a potential rivalry brewing between the two Spaniards he said,

“It’s a dream come true [to be world No. 1]. I just keep practising, keep improving,”

“Rafa is not my enemy. I say hello, I don’t see that competition.”

“It’s true, Rafa is fighting for the No. 1. Some players have the same goal – to be No. 1, so I need to do my best…outside the court we [Rafa and I] are colleagues, at least it’s the way I see it.

He further said that his current goal is to keep being the No.1. He reflected on his feeling after he won the US Open and said that it felt as if it was a dream come true and he is still enjoying the moment. However, he said that he did not let the success get to his head and he keeps practising.