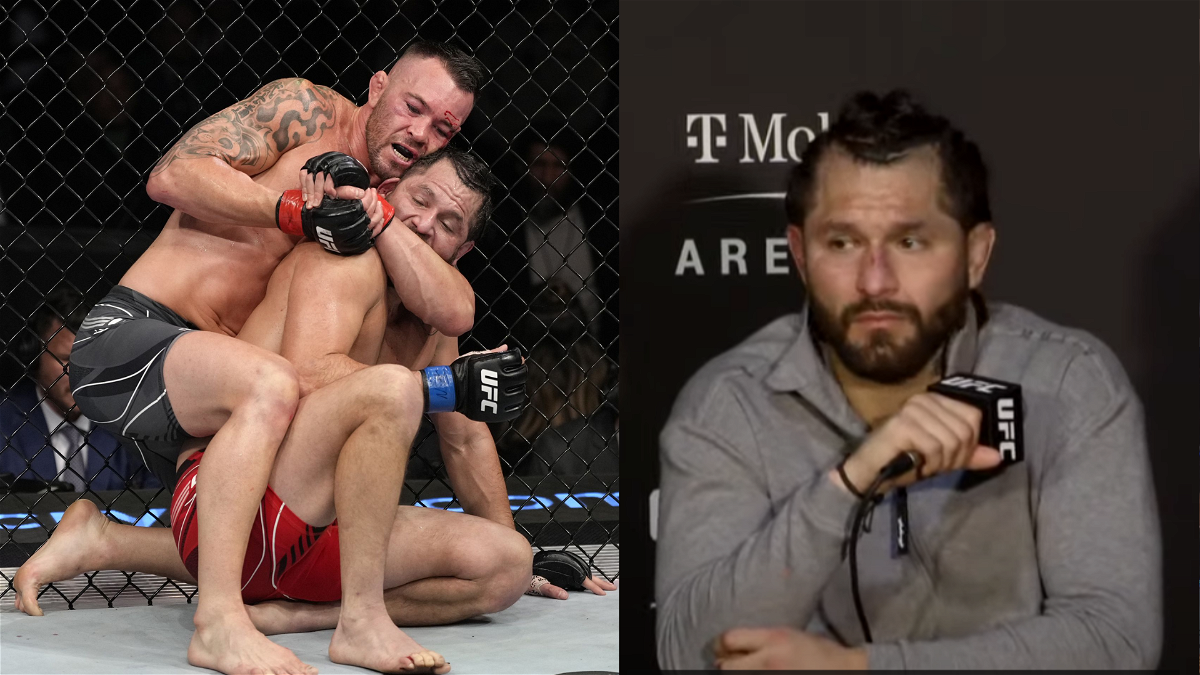 Masvidal on potential Covington vs Poirier

Jorge Masvidal appeared at the post-fight press conference and shared his thoughts on the fight. Masvidal fell short against Colby Covington in the grudge match at UFC 272, with the former interim lightweight champion picking up a comfortable unanimous decision victory.

Soon after the fight, Colby Covington called out former interim lightweight champion Dustin Poirier for a scrap inside the Octagon. Both Covington and Poirier shared genuine bad blood with each other, and are also former training partners at American Top Team.

“Now on to business Joe. I just took care of Miami street trash now it’s time to take care of Louisiana swamp trash. Where are you at Dustin Poirier?, You said it was on-site, name the site Dustin…I will see you soon, you are next.”  Covington said in the post-fight Octagon interview.

Dustin Poirier immediately took to Twitter, sending Jamaican slang for a single-word reply to the welterweight contender. However, UFC President Dana White seemed off on the idea of a potential Colby Covington vs Dustin Poirier fight. White opined Covington needs direction, having lost twice in title fights. There could also be a possibility of Colby Covington moving down to lightweight for some exciting match-ups.

Jorge Masvidal said, “that bit** can wrestle him” when asked about a potential showdown between Colby Covington and Dustin Poirier. Both Masvidal and Poirier are training partners at the American Top Team and have known each other for a very long time. However, it goes without saying that both Poirier and Masvidal have suffered against wrestling-heavy fighters.

Jorge Masvidal: He is still somebody if I see him out on the streets…#UFC272 pic.twitter.com/l6BX9VBnj4

Dustin Poirier’s recent loss against Charles Oliveira reflects his lack of ability to win the fight against credible ground game artists. Needless to say, Colby Covington is an elite grappler and has the tools to beat Dustin Poirier. Covington’s performance against Jorge Masvidal goes on to prove his mixed martial arts prowess, and it will be interesting to his see his journey going forward in his UFC career.

Meanwhile, Dustin Poirier is eyeing a potential showdown against Nate Diaz. While there has been no confirmation, it looks like we could hear the news real soon.