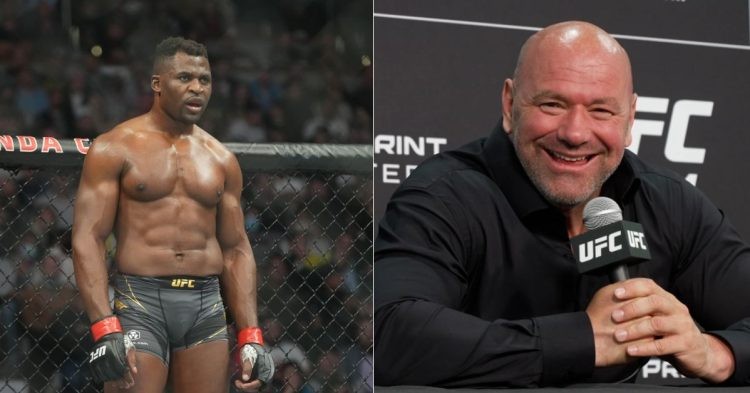 There are a lot of names in the UFC right now who don’t have a bout booked on their name. Fighters like Dustin Poirier, Justin Gaethje, Darren Till, Jorge Masvidal, and Francis Ngannou among others sit on the sidelines waiting for the UFC to reach out to them with an offer that is exciting.

While UFC President did not confirm when some of these fighters will fight, he did give an update on the status of Dustin Poirier and Francis Ngannou in his most recent interaction with the media ahead of UFC 277.

Earlier, Brett Okamoto of ESPN had reported that Dustin Poirier is looking for a fight against Michael Chandler. However, he also added that the UFC has not reached out to any of the fighters. Confirming the same to the media, here’s what Dana White had to say.

“That’s who he wants, he wants Michael Chandler. And I am not opposed to it,” White said. “Nothing is done now.” He added.

There’s a lot of history between Poirier and Chandler, who have time and again taken shots at each other. The duo got into a bitter altercation as well and seems to have gotten on each other’s nerves. It’s an exciting match-up between two incredible strikers, and with Dana White showing his approval, Poirier vs Chandler doesn’t seem too far.

Speaking about Francis Ngannou, White clarified that the UFC heavyweight champion is still recovering from the knee surgery he had

“I got nothing with him yet. He is still trying to figure out his knee, and when is gonna be ready to fight. Until he gets the clear from the doctor, nothing with him” White said on Francis Ngannou.

Francis Ngannou underwent knee surgery following his fight against Ciryl Gane back at UFC 270 in January earlier this year. The Predator then had multiple issues with the UFC where he claimed he wouldn’t re-sign with the UFC, hinting at a possible move to boxing and a huge match-up against Tyson Fury.

However, it seems like Ngannou and the UFC have come to terms and we will get to see the UFC heavyweight champion back inside the Octagon once again in the near future.