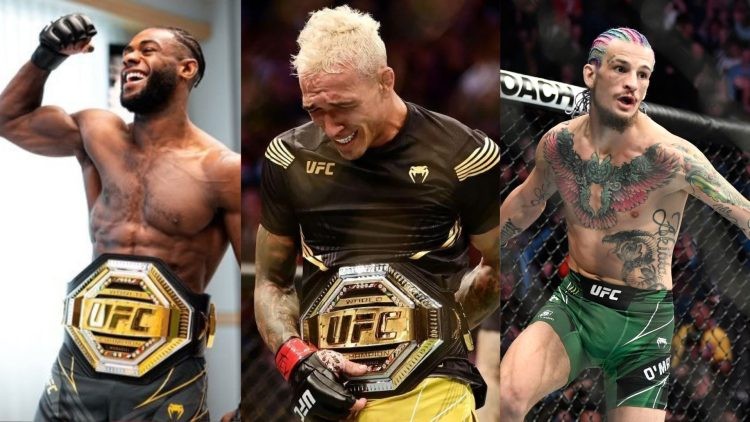 UFC has been keeping the MMA fans busy in the last few days with some huge fight announcements. During the last fight night card, UFC announced Charles Oliveira and Islam Makhachev for UFC 280 in Abu Dhabi.

Well, it seems Dana White is planning to stack the Abu Dhabi PPV with the most exciting fights possible. After the addition of the lightweight title fight, it was announced that Aljamain Sterling will defend his bantamweight title against the former champion, TJ Dillashaw.

The main event and co-main event alone had the fans excited before UFC announced two more featured fights for UFC 280. Former UFC bantamweight champion, Petr Yan will take on Sean O’Malley in a 3 round fight.

Besides that, Mateusz Gamrot, who recently had an impressive win over Arman Tsarukyan, takes on Beneil Dariush. This fight is likely going to decide the next number one title contender in the lightweight division.

Who should be the favorites to win at UFC 280?

UFC 280 is stacked with fights that can go either way. In the main event, Islam Makhachev is the favorite to beat Charles Oliveira and become the new lightweight champion.

However, Charles Oliveria should be the favoirte to beat Islam Makhachev. The Russian mixed martial artist has zero win over any top 10 UFC lightweights and the best win of his UFC career is Dan Hooker on short notice.

On the other hand, Charles Oliveira has beaten Dustin Poirier, Michael Chandler and Justin Gaethje in his last three fights.

In the co-main event, Aljamain Sterling should be the favorite to successfully defend his title. Even though TJ Dillashaw used to be the best wrestler in the division Sterling is more well rounded and can follow a similar gameplan as his last fight.

Even though Petr Yan is the favorite to beat Sean O’Malley fans should not underestimate O’Malley chances to win this fight. Yan is a slow started and it won’t be a surprise if O’Malley wins the early rounds. A three round fight favors Sean O’Malley heavily. However, it’s going to be another striking exravaganza and Petr Yan is likely to get the job done by decision.

The last few PPVs of UFC has not performed that well when it comes to the PPV buys. But, UFC 280 might change that numbers and sell close to a million PPVs with Charles Oliveria vs Islam Makhachev in the main event.