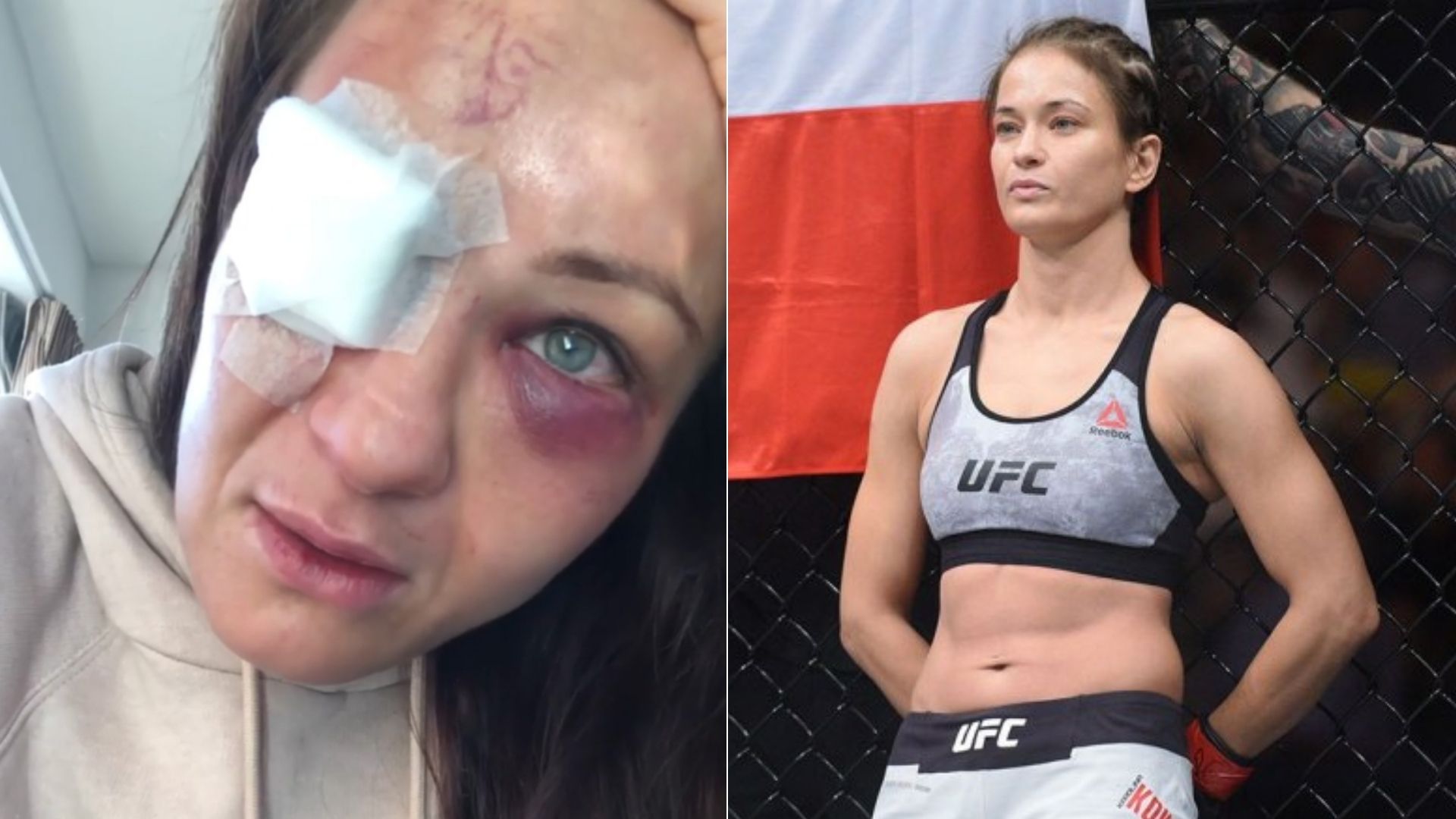 Karolina Kowalkiewicz suffered a horrific eye injury against Xianon Yan back at UFC Fight Night: Felder vs Hooker in February 2020. The former KSW flyweight champion put on an incredible outing against an equally tough Xianon Yan, however, suffered a brutal injury after a vicious head kick.

Needless to say, the extent of injury led many fight fans to believe that we had seen the last of Kowalkiewicz. However, the Polish fighter returns to the Octagon after more than a year away from the cage to take on Jessica Penne on August 7, at UFC 265.

The Polish fighter has had a titanium plate inserted into her right eye during surgery. There’s no denying the determination in Karolina, who looks to make her return to the Octagon despite facing such a vicious injury inside the cage. Karolina is currently unranked in the division, and at 35 years of age, doesn’t have much left in her MMA career going against the absolute best that the division has to offer.

Who is Karolina Kowalkiewicz?

Karolina Kowalkiewicz is a mixed martial artist who hails from Poland and competes in the flyweight division in the Ultimate Fighting Championship. She is a former KSW flyweight champion and the former UFC’s flyweight title challenger.

Karolina made her UFC debut as an undefeated fighter and put the entire division on notice with three straight victories to her name over the likes of Randa Markos and Rose Namajunas. However, she failed to grab the flyweight gold, losing against Joanna Jedrzejczyk back at UFC 205. It won’t be wrong to say that Karolina has not been the same ever since.

Karolina Kowalkiewicz has lost all four of her last fight, dropping a KO loss to Jessica Andrade, following by a row of unanimous decision losses to Michelle Waterson, Alexa Grasso, and in her last fight against Xianon Yan.

Also Read: How Did Conor McGregor Break His Leg?