“The Dream Is Over for This Year,”- Matteo Berrettini Pulls Out of Wimbledon After Testing Positive for COVID 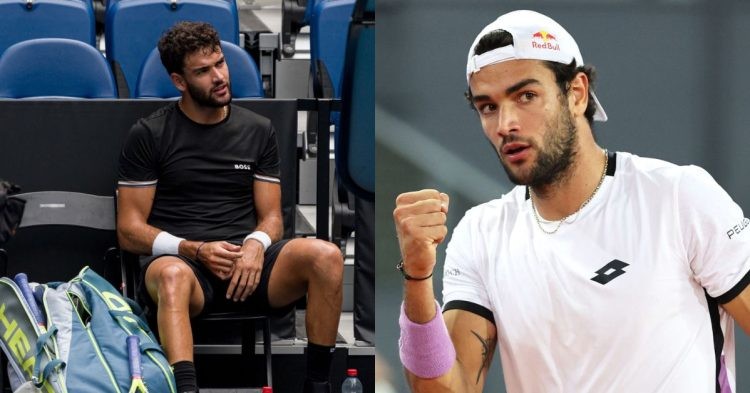 Matteo Berrettini was one of the favorites to win the Wimbledon and it looked like nothing could go wrong for him this year. However, just before match day, he was forced to pull out from the tournament after testing positive for COVID.

The Italian was dejected by the new developments but could do nothing about it. Moreover, he said in his statement, “I am heartbroken to announce that I need to withdraw from Wimbledon due to a positive COVID-19 test.”

Berrettini who was out during the clay season due to an injury looked in fine form after his return to court for the grass season. He won the Stuttgart Open and the Queen’s Club Championships to become the main challenger of Nadal and Djokovic for Wimbledon 2022.

Berrettini faced Djokovic in the Wimbledon final last year but lost to the Serbian. On the other hand, he played against Nadal in the semifinal of the Australian Open this year and lost it in four sets. While he is yet to win any match against the two stalwarts, it looked like Wimbledon 2022 would be about these three players.

Berrettini was aware that this year was probably his best shot at Wimbledon. However, in this statement, he made it clear that he would come back stronger for Wimbledon 2023. Furthermore, he said, “The dream is over for this year, but I will come back stronger. Thank you for the support.”

Interestingly, Berrettini practiced with Nadal at the All England Club some days back before the actual tournament. The two played intense rallies against each other and the Italian was able to match the level of Nadal.

However, Berrettini testing positive for COVID opens up the possibility of other COVID cases among players. Players like Nadal are also at the risk of getting COVID. Seed number one Djokovic has not even taken the vaccine and could be more prone to catching the virus.

For Berrettini, the Wimbledon dream is over for now and he will shift his focus to the US Open. If not for Nadal and Djokovic, he would have already won a couple of grand slams. However, it looks like he is not far away from winning a grand slam soon.