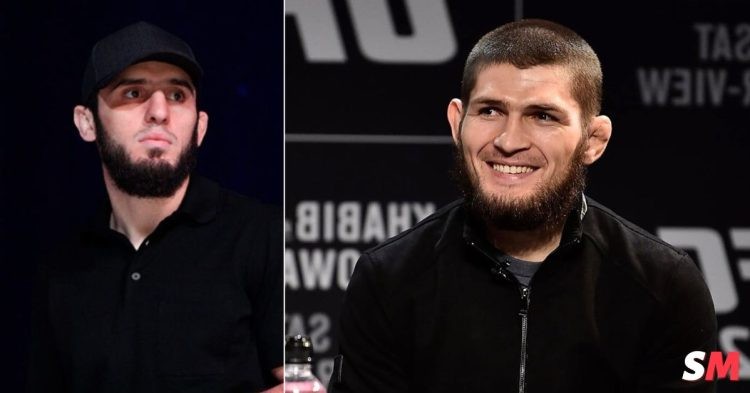 Khabib Nurmagomedov stole the limelight despite some exciting moments during the UFC 280 pre-fight press conference. While Abu Dhabi may not be Khabib’s hometown, the former lightweight champion is treated like their own in the state of the United Arab Emirates.

That’s what happened as chants of Khabib Nurmagomedov took over UFC 280 press conference in front of a stage that had likes of Islam Makhachev, Charles Oliveira, Aljamain Sterling, TJ Dillashaw, and Sean O’Malley among others making their presence felt.

Khabib shared the video on his social media platform and had a one-line response to the wholesome moment. “People still remember me,” the former lightweight champion captioned the post.

Khabib Nurmagomedov’s last two fights of his mixed martial arts career came in Abu Dhabi. The Eagle announced his retirement from the sport in Etihad Arena, the exact spot where his close friend Islam Makhachev will look to become the undisputed lightweight champion.

While it’s one thing to say “people still remember me,” it’s safe to say Nurmagomedov’s name is forever etched in the memory of fight fans around the world for the sheer dominance he displayed throughout the course of his mixed martial arts journey.

You can feel the intensity through the screen!

Two more sleeps to @CharlesDoBronxs vs @MakhachevMMA for the LW crown 👑

As Nurmagomedov’s friend Islam Makhachev looks to become the lightweight champion, one thing is for sure; the noise that will erupt from Etihad Arena will be a sight to behold. However, it will be a job easier said than done for Islam Makhachev, who will share the cage with an equally proficient and experienced veteran of the sport in the form of Charles Oliveira.

Khabib Nurmagomedov will be Makhachev’s corner for the hugely anticipated showdown. However, that won’t be the only appearance from the Eagle, who will also corner Belal Muhammad, who will take on the undefeated Sean Brady in the main event of the preliminary card at UFC 280.