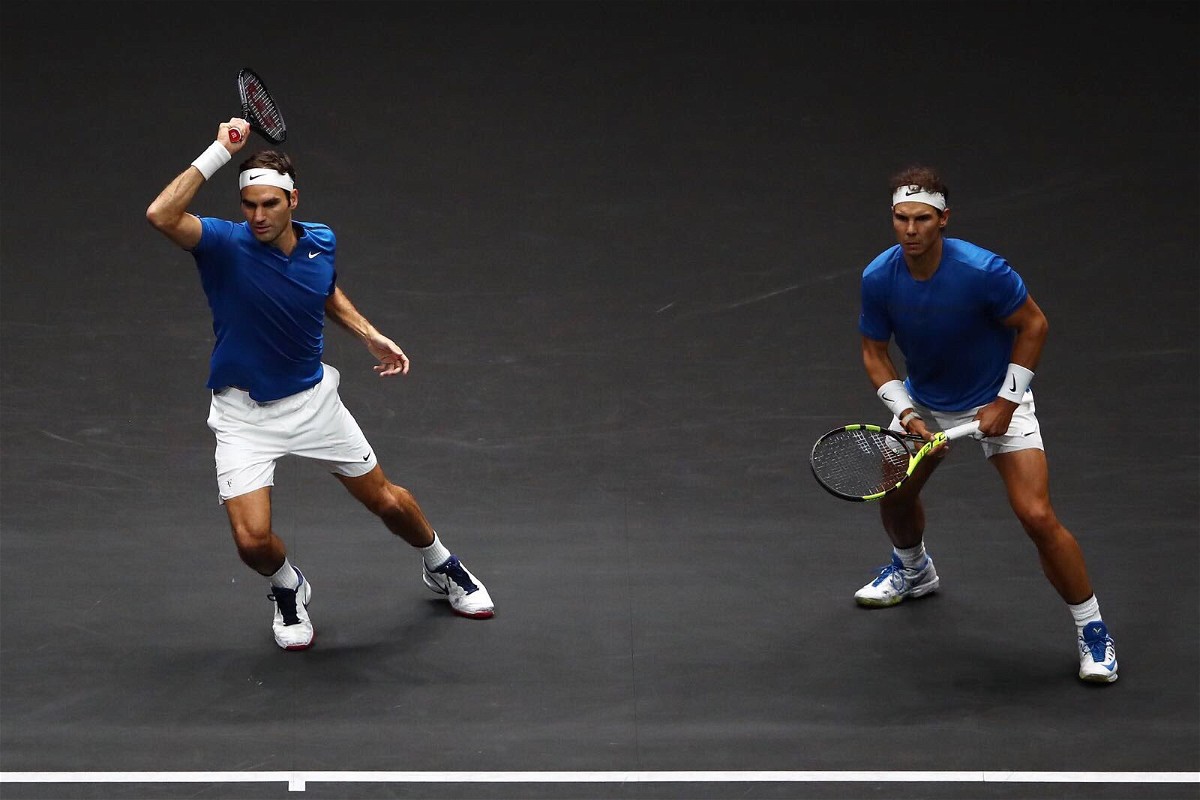 Two of the biggest names in not only Tennis but Sports, Roger Federer, and Rafael Nadal can combine once again next year. The fans have seen them play at the highest level on many occasions but very rarely get to see this duo play on the same side of the court.

The players have inspired many upcoming talents and players who want to start something in the sport. Let us see how the beautiful duo came out to be. What are the possibilities that the duo will be competing next year in the Laver Cup? The Beginning Of Federer and Nadal – Fedal

The duo of Federer and Nadal first stepped on the court as a team in the inaugural Lavers Cup in 2017. They were part of Team Europe which defeated Team World 15-9 in Prague. They took part again in 2019 but did not play as a duo that year.

Both Federer and Nadal were not part of this edition of the Laver Cup in Boston, won by Team Europe 14-1. The 2 superstars are recovering from injuries which ruled them out for this year. The pair might feature next year when the event takes place in the O2 Arena.

After it was announced that next year Laver Cup will be played in the O2 Arena, Nadal was quick to post a teasing story on his Instagram tagging Roger Federer. The Spaniard asked if Federer was ready to play as a team next year and the Swiss reposted that on his Instagram, saying Fedal soon.

Roger Federer backs Nadal’s proposal and confirms he would love to play doubles with him at the 2022 Laver Cup! pic.twitter.com/daqqjq8TSX

This small exchange between the two has got fans very excited as they wish to see two Tennis legends team up once again, probably for the last time. There is still a year left for it to happen but fans are hopeful both players stay fit and we get to witness the best team again.

“Bringing back the old Fedal in London would be amazing,” Federer wrote as he responded to Nadal’s post.

As for individual awards, both players are the most decorated Tennis stars ever in the history of the game alongside Novak Djokovic. All three are tied at 20 Grand Slams. Federer has the most Wimbledon titles with 8 to his name and Nadal has 13 French Open titles. Both have proved over the years why they are among the best players to ever play Tennis.

The rumors have started and fans are excited but only time will tell if we would be able to see Fedal once again on a Tennis court.