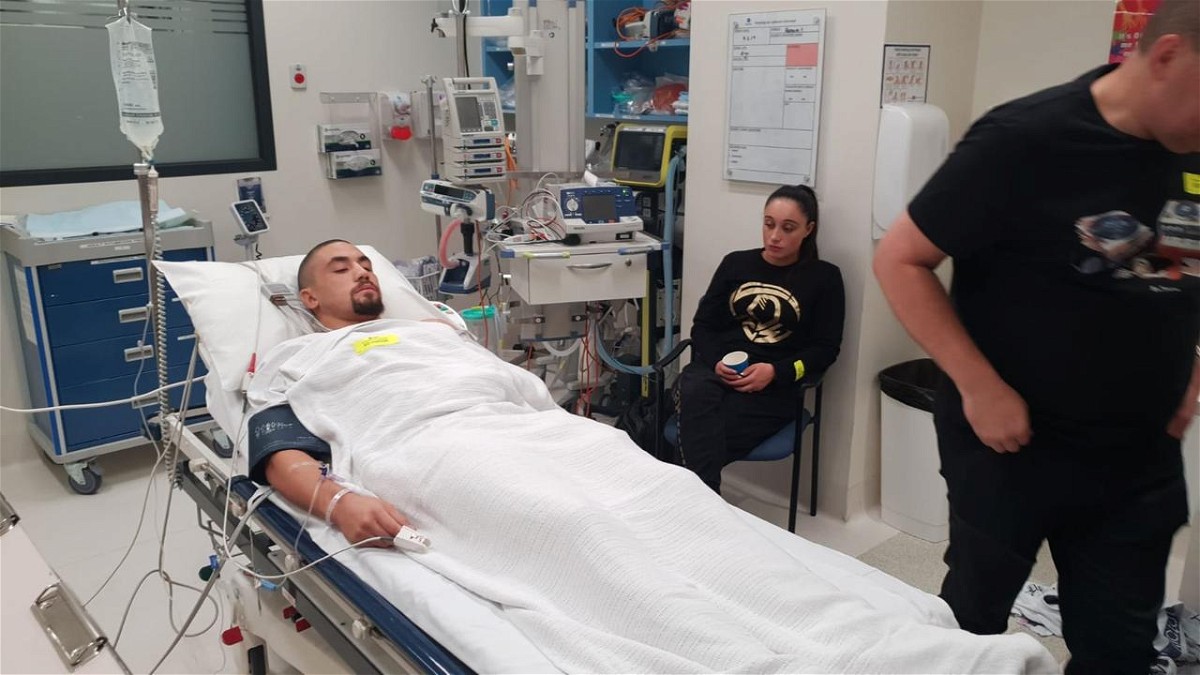 The former UFC middleweight champion, Robert Whittaker takes on Kelvin Gastelum in the main event of UFC Vegas 24 on 17th April 2021. It’s an exciting matchup in the middleweight division and the winner of this fight should go on to fight the champion, Israel Adesanya.

Why Did Whittaker Withdraw from First Kelvin Gastelum Fight?

Robert Whittaker had struggled a lot with injuries since he became the middleweight champion. He had to pull out of his title fight against Luke Rockhold, which was booked to be the main event of UFC 221. But, Whittaker nearly lost his life before the canceled fight against Kelvin Gastelum in 2019.

Robert Whittaker suffered an internal hernia that made his intestine poke through a hole. The UFC doctors even said that had it happened during the fight, it would have been fatal to Whittaker’s health.

After the fight was canceled on such short notice, the co-main event between Israel Adesanya and Anderson Silva was promoted as the main event. But, Whittaker pulling out of the fight took the MMA world by surprise including UFC president Dana White.

Dana White had released an official statement on Whittaker’s withdrawal as following:

“His bowel and his intestines poked through a hole. They think he’s had this problem and it’s been going in and out. It’s one of those situations, had it popped up during the fight it could have been fatal for him so this is really serious. Hopefully, they popped it back in and sewed it up and if that’s the case, he’ll be four weeks but this was a freak, freak injury… less than one percent. Our doctor here at the UFC, who has been doing this for 30 years, has never seen it ever in his career and not in a young person. It’s usually in much older people,”.

The reason behind the injury of Robert Whittaker

Many fans criticized Robert Whittaker for pulling out of a title fight again on short notice. But, it’s bizarre to blame Whittaker as he went straight into surgery after the withdrawal from UFC 234. Whittaker detailed exactly what happened and how the fight fell out in his podcast later and stated:

“I did my best. I had it in my head that I would fight still for the longest time. Wasn’t until the guy comes out and goes like we’re gonna get you in surgery in like half an hour. I was like, I guess I can’t fight now. It was like 5 am and I had not drunk water since like 3. I was on drapes and heart monitors and everything. That’s crazy.”

Robert Whittaker explained the nature of the disease and how it happened:

“It wasn’t a hernia from my pressure or strain like a normal hernia. It was an internal hernia. And that happens more due to trauma and scar tissues on the intestine and stuff like that. They don’t come because of the same reasons.”

Since the knockout loss to Israel Adesanya, Robert Whittaker has found his momentum back with two huge wins against Darren Till and Jared Cannonier. He was originally scheduled to fight Paulo Costa at UFC Vegas 24. However, Gastelum replaced Costa as the one half of the main event after Costa pulled out due to flu.

After one canceled fight and almost two years after, Robert Whittaker will finally meet Kelvin Gastelum inside the octagon. And the fans will finally get the answer to the question, what would have happened if Whittaker had not pulled out at UFC 234.