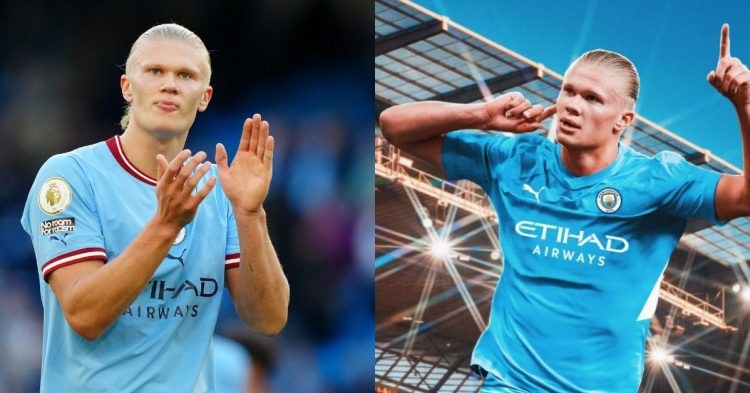 Erling Haaland is one of the best players in the world right now. Halaand is a Norwegian professional football player who plays for the English club,

Halaand is known for his physicality, prolific goal-scoring, and crisp finishing on the pitch. For these reasons, he is recognised as one of the best strikers in the world.

He began his career in an academy in Bryne, his hometown. Halaand then went on to play for Molde, RB Salzburg, Borussia Dortmund, and then, eventually, Manchester City.

Who is Erling Haaland dating?

The Manchester City talisman is passionate about the beautiful game of football. He also enjoys spending time with his friends and family. He doesn’t really share stories about his love life in particular.

The Norwegian spends most of his time playing football and then spending some time with his family. Currently, he seems to be focused on his career. So, his private life is far off the table.

Halaand rarely takes part in interviews with the media. And, even if he does, he prefers not to speak about his personal life or any relationship in general.

Past relationships of the Man City striker

Haaland is not known for attending many interviews. But, even if he does, he tries to avoid these personal questions.

It has been heard that he hasn’t dated anyone since breaking up with his ex-girlfriend. He hasn’t given any quotes or given any news regarding his love life.

Though much isn’t speculated about his first girlfriend, who is said to have parted ways after Haaland came to play for RB Salzburg.

"When I retire, my dream is to buy a small farm to live in the countryside. Feeding the cows, driving the tractor, all that relaxes me. The big city and being a footballer stresses me out." – Erling Haland. pic.twitter.com/LzXqDMFoZ5

There has been a rumour that once he tweeted and said that she used to complain about how busy he was. She said he didn’t have time for her. She once asked him to choose between football or her. The rest, you know, is still history. He claims he still sometimes misses her.