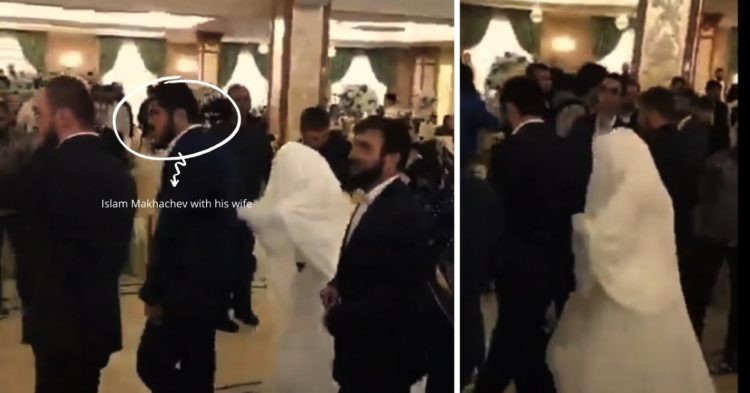 Islam Makhachev has slowly and steadily cemented his position as one of the most dominant UFC lightweights of all time. While still young in his mixed martial arts career, the Dagestani fight has put up performances worthy of comparison with the former lightweight champion Khabib Nurmagomedov. However, just like his close friend and training partner Khabib Nurmagomedov, not much is known about Islam Makhachev’s personal life.

Islam Makhachev is one of the most popular fighters hailing from Dagestan, Russia. The lightweight contender is quite active on social media, however, keeps his personal life away from the spotlight of the media. Needless to say, it has a lot to do with Islam’s religious leanings, not much is known about Islam’s family as well.

Islam Makhachev is a childhood friend of former lightweight champion Khabib Nurmagomedov and credits much of his success as a mixed martial artist to his Khabib and his father Abdulmanap Nurmagomedov.

Islam Makhachev is married. While the Dagestani fighter has not made the news public or shared about it on social media, several videos from his marriage made rounds on the internet earlier this year.

From the videos going viral on the internet, the marriage looked like a huge event with Islam’s friends Khabib Nurmagomedov, and Zubaira Tukhugov, among others present in the lavish ceremony.

The wedding of Islam Makhachev

With thousands of guests in the marriage, it was quite evident that some footage was always going to make its way to the internet and that’s what happened as several videos from Islam Makhachev’s marriage made their way to social media.

From the looks of it, it appeared like Islam had booked an entire hotel for the marriage, with thousands of guests watching as Makhachev walked out with his bride, who remains unnamed. According to some reports on the internet, Islam Makhachev got married on 8 April 2021 in Makhachkala, Dagestan.

Islam Makhachev likes to live his life in a lavish way and has several interests other than mixed martial arts. A small look at Islam’s Instagram handle reveals that he is a great fan of motorsports, often donning his dirtbike and going on mountain treks with his friends. Makhchev also loves horses and never fails to spend time with mother nature whenever he is not preparing for a fight.