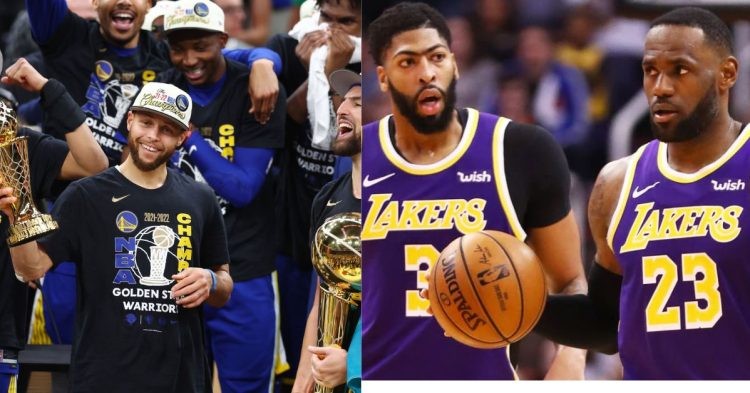 NBA Inside and analyst Shams Charania created ripples on the internet by revealing that the league will have a new “In Season” tournament. He suggested that this unorthodox tournament be held in the 2023-2024 NBA season. The idea was initially criticized. However, we must be clear-headed and understand the framework and plans for the “In Season” tournament.

We are already familiar with the play-in tournament. It was introduced a few seasons ago for lower seeds attempting to make the playoffs. Several superstars like LeBron James have participated in it. Here is how the new tournament will work.

Will the NBA “In Season” tournament will hamper the regular season spirit?

That is one of the largest criticisms against this idea. There are 82 games in a standard NBA regular season. This is followed by a 16-win postseason which ends in delivering a coveted title. Lately, there has been a growing trend of teams resting their players in regular season games and preparing them for the postseason.

A tournament held at the beginning of the season will affect this significantly. Teams will consider this some form of “pseudo title” and will compromise the 82-game stretch. Additionally, a mini tournament would simply disrupt the season.

Current framework of NBA In Season Tournament as soon as 2023-24, per sources:

– Cup games through November
– 8 teams advance to single-elimination Final in December; other 22 continue with regular season
– All games part of normal 82-game schedule; one extra for two Final teams

However, the NBA plans to adhere to a single elimination format and count the wins as part of the regular season. Moreover, the 22 teams that do not qualify will continue on with the regular season, Thus the league seems keen on following through with this scheme.

We as fans are free to decide if we like this move for ourselves. There are several theories that an incentive such as prize money may be influencing the creation of this tournament. Furthermore, it does help with the ratings and gives us something to be excited about at the beginning of the season.

The NBA and NBPA are still working to finalize the In Season Tournament concept, which includes to-be-determined prizes for the eight teams that advance to the single-elimination round, sources said. https://t.co/j5Sr54WUEJ

If the NBA does follow through, it should ensure that there are no real stakes. That way the teams will feel no obligation to compromise the regular season. However, on the flip side, there will be no real excitement and ratings if teams are holding back their star players.

The In Season is not for the upcoming 2022-2023 season, but for the one after that. Thus, we hope to know more about it in time.