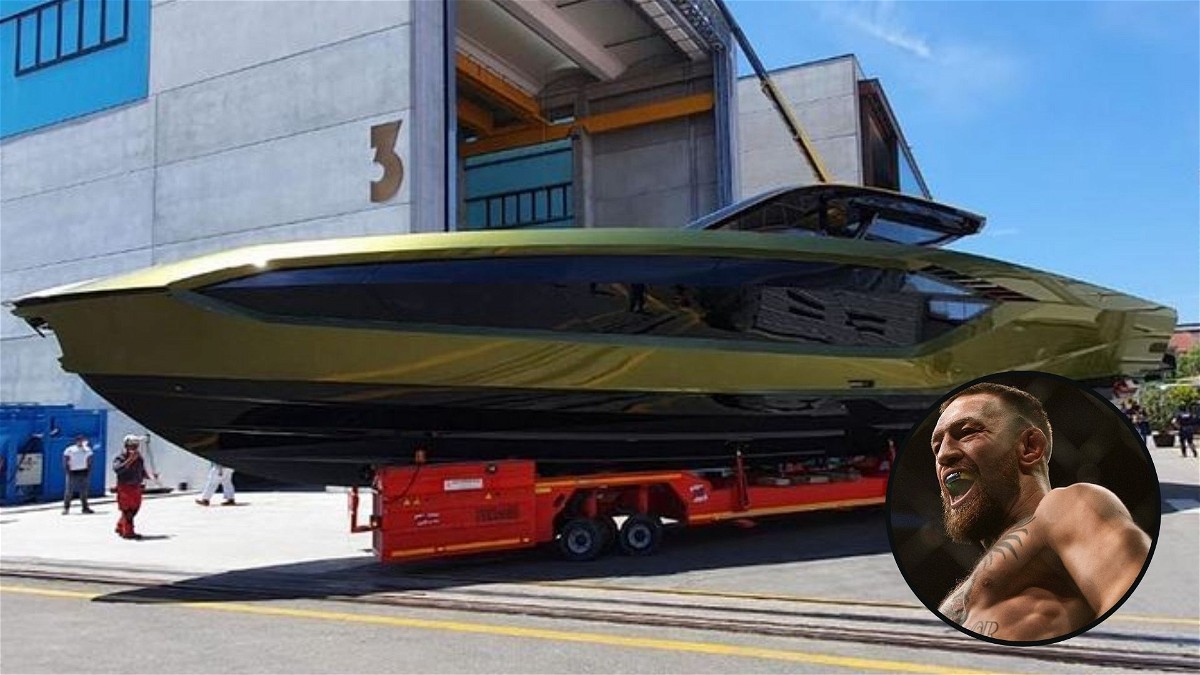 Conor McGregor is nothing less than a celebrity. The former two-weight champion has grown leaps and bounds, becoming one of the richest sports athletes in the world, and topping this year’s Forbes list of highest-paid athletes. McGregor lives a lavish lifestyle and never shies away from flaunting the same on social media.

While in the past, McGregor has often flaunted his insane collection of cars and watches, this time around it was a Lamborghini yacht that got the attention of fight fans. The former dual champion took to social media and revealed to the world his brand new Lamborghini yacht.

Recently, McGregor also announced the inauguration of his own pub, the Black Forge Inn, in his hometown of Dublin, Ireland. In another post, McGregor also trashed his critics after his disappointing loss to Dustin Poirier due to a leg break in the closing moments of the first round at UFC 264. McGregor broke his tibia, suffering a Doctor Stoppage loss in the hugely anticipated trilogy fight inside T-Mobile Arena in Las Vegas.

The Notorious made headlines after he made his appearance for the hugely anticipated rematch against Dustin Poirier back at UFC 257 in a yacht. McGregor spent most of his time in the yacht during the fight week, which stood right in front of the Etihad Arena in Abu Dhabi.

Conor McGregor is the richest combat sports athlete in the world

McGregor’s success inside and outside of the Octagon is second to none. Conor McGregor took home a whopping $5 million for his appearance against Dustin Poirier at UFC 264, which is not inclusive of the majority share in the PPV buys that touched a record-breaking 1.8 million.

Conor McGregor is widely regarded as one of the greatest mixed martial artists of all time, and his popularity and impact have drawn comparisons with the likes of Mike Tyson and Oscar De La Hoya.

UFC president Dana White has gone on to compare Conor McGregor with Mike Tyson and believes that he is the biggest combat sports athlete in the entire world, in a list that includes the likes of Anthony Joshua, Tyson Fury, and Canelo Alvarez.

Conor McGregor is expected to return in 2022, and will look to once again get his hands on Dustin Poirier to exact revenge of his back to back losses against the Diamond.

Also Read: “He’s Had Ankle Issues for the Last Couple of Years” – Dana White Says McGregor Has Chronic Arthritis in His Ankles