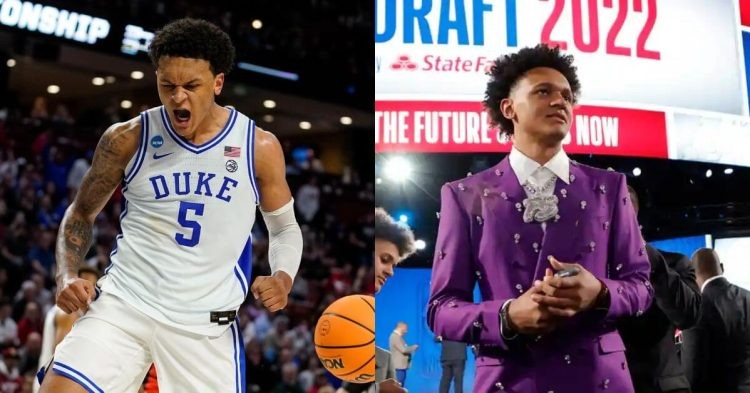 In a shocking turn of events, The Orlando Magic have drafted Paolo Banchero as the number 1 draft pick. There were several reports indicating that the Magic had worked out with Jabari Smith Jr and liked him. However, at the last moment, they decided to go with Paolo.

Every mock draft and analysis had either Chet Holmgren or Jabari Smith Jr as the 1st pick. Paolo was only considered a close third. The major question on everyone’s minds must be why the Magic passed up on both Chet and Jabari.

The Magic have never made many good decisions. They had players like Shaquille O’Neal and Tracy Mcgrady for several years. However, they never failed to put the pieces around their talent to actually win. Perhaps, this is just one of many bad decisions the franchise has made in recent history. Be that as it may, Paolo’s numbers alone may have convinced them.

Chet is uniquely long and skilled like a guard. However, he is likely to be considered a risk and injury-prone due to his extremely lean frame. One can only assume this was the thought process of the management in the Orlando Magic.

“I wanted to be No. 1… Orlando is going to get 110%.”@Pp_doesit talks going first overall with @TaylorRooks at the #NBADraft pic.twitter.com/6Y4zzGHi4r

When looking at Banchero’s points and rebounds, they are both ever so slightly higher than Jabari’s. Therefore, after having narrowed the options down to these two, the Magic decided to go with Paolo. One must wonder if it is the right call to choose purely on basic statistics. Chet was averaging 3.7 blocks per game. Perhaps the Magic should have chosen him or Jabari instead.

“I wanted to be No. 1… Orlando is going to get 110%.”@Pp_doesit talks going first overall with @TaylorRooks at the #NBADraft pic.twitter.com/6Y4zzGHi4r

In all fairness, it is very difficult to gauge the potential of an athlete when they enter the league. There is no telling what kind of work ethic and sense of commitment the player will grow into and what impact or presence he will have on his team. Therefore, it is also possible that the Magic simply thought Paolo was a better fit in terms of locker room personality or approach to the game.