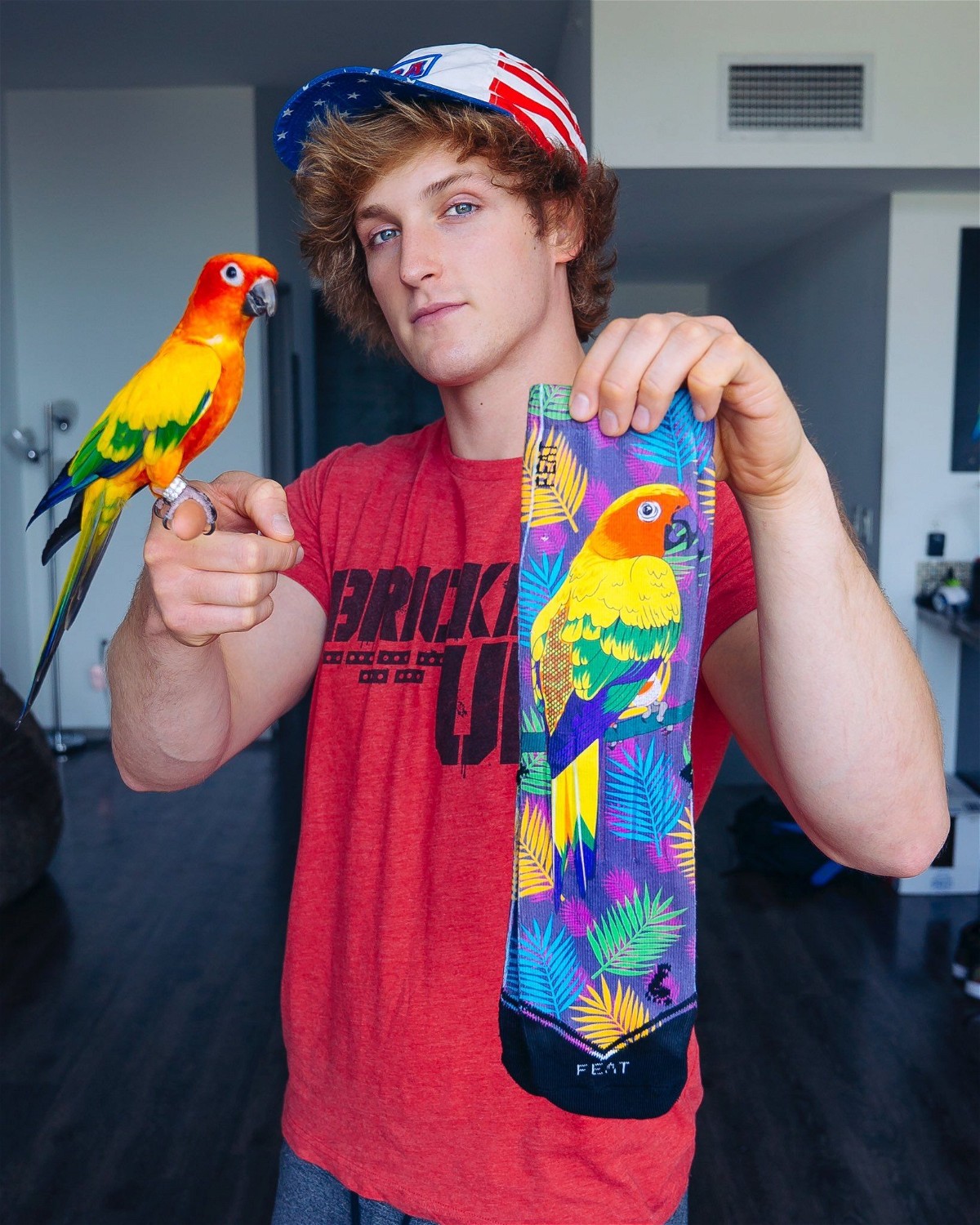 Logan Paul is one of the most popular social media celebrities in the world. This is because of his huge fan following on Vine, YouTube, Instagram, Tik Tok, and various other social media platforms. Several factors played a crucial role in his successful career.

The American’s hard work and determination to provide content to his fans every day by posting vlogs and videos on his YouTube channel led to his growth in popularity. Another thing to notice is that social media was just a medium to achieve fame. But he slowly started expanding his horizons and built his clothing label.

Logan Paul is also recognized as “The Maverick” globally. Everyone knows the nickname but most people do not have an idea as to why he calls himself ‘The Maverick’. The inspiration behind this name comes from the pet parrot that he owned even before he had started Vine. His pet parrot’s name was Maverick. Logan Paul’s pet parrot lived for 7 years and he used to feature in most of his YouTube videos.

However Maverick passed away when Logan Paul was in Sweden. He explained his pet Parrot’s demise via a heartfelt post on Instagram.

Also read: Floyd Mayweather vs Logan Paul Full Match Card: Who Else Is Fighting on the Next Mayweather PPV

The American YouTube sensation was heavily inspired by his pet parrot and also named his Clothing Apparel Maverick Clothing. Since then Logan Paul and his fans are known as ‘Maverick’.

How has Logan Paul built an empire named ‘Maverick’? 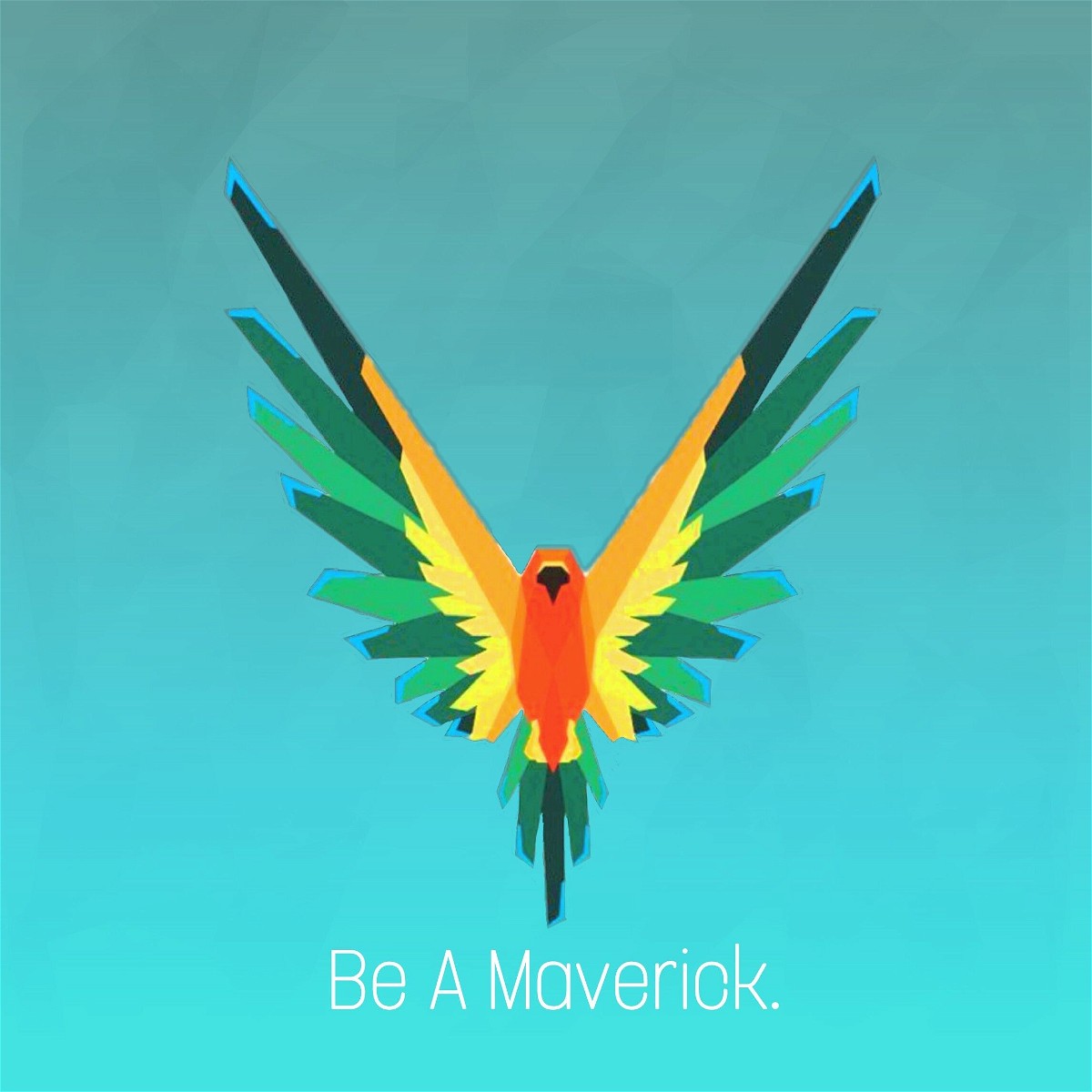 During the initial stages of his career, Logan was heavily dependent on his social media platforms. As a result, his only source of income came through brand deals and YouTube revenue. But that changed very quickly as Logan Paul learned from his brother Jake Paul about how profitable a merchandise label is. He got inspired by his brother and started his brand named “Maverick”.

The Youtuber incorporated the brand through his YouTube videos and Instagram handle. One of the main reasons for ‘Maverick’ merchandise’s success is the fact that the Youtuber was starting a movement. It wasn’t just him trying to sell a T-shirt. Logan Paul revealed in his podcast that he made a staggering amount of money in the first year of his clothing apparel ‘ Maverick’.

However, in 2018 things turned south for the Youtuber as he fell in deep trouble over his YouTube video on a suicide victim in Japan’s forest. As a result, Logan Paul was dropped from  YouTube’s Google programs, film projects, and several brand deals. However his clothing brand ‘Maverick’ came to the rescue as he banked $10 million in annual revenue. According to Forbes, the clothing brand was the main reason for Logan Paul to stay among the top-paid YouTube stars of 2018.

However, The American Youtuber didn’t only stop at clothing apparel. He expanded his Maverick empire by forming a ‘Maverick’ club exclusive for his members. The members of this club have access to special perks. Every month one lucky winner will get $10,000 cash. Few selected people will get tickets for his upcoming boxing match against Floyd Mayweather Jr. There are several other benefits for the members as well.

Therefore Logan Paul has managed to create a big empire in the form of ‘Maverick’ and has paved the path for fellow YouTubers to create their own legacy.