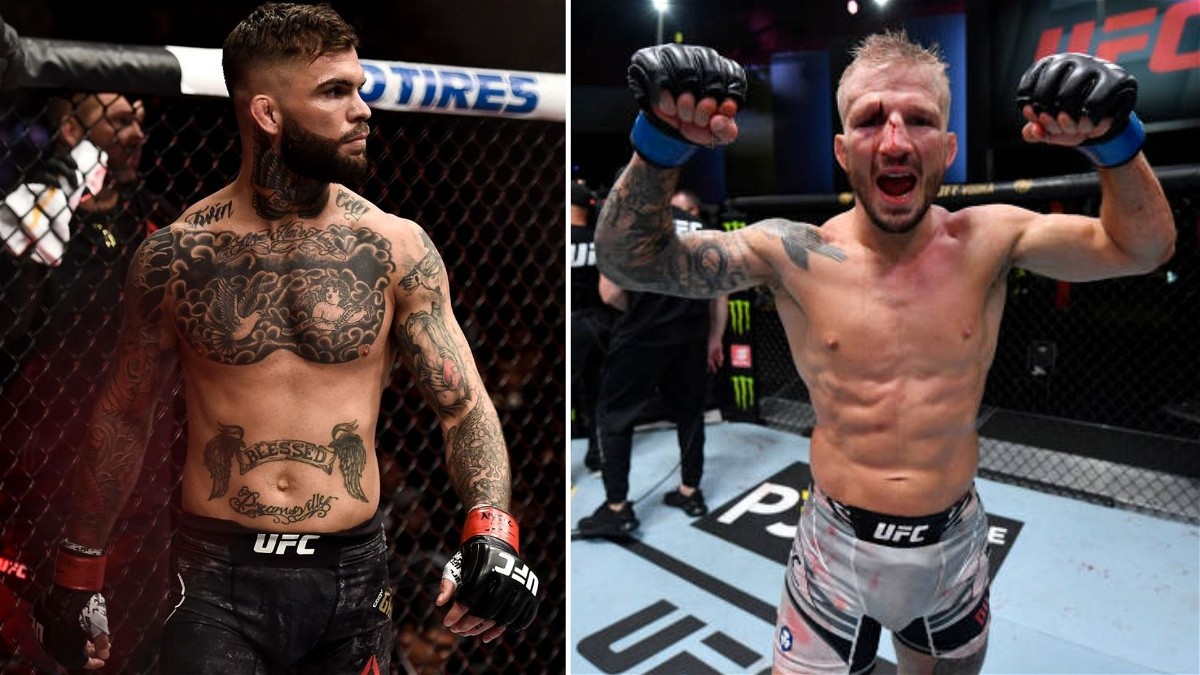 Former friend and arch-nemesis Cody Garbrandt shared his thoughts on Twitter after the epic conclusion to one of the most exciting fights in the bantamweight division in the form of Cory Sandhagen vs TJ Dillashaw.

Legit thought Cory did way more damage the take downs didn’t do shit with them and controlling him against the cage wasn’t a deciding factor, Cory looked cleaner and did more damage. Feel for Cory that was his fight. https://t.co/kSgh1VsrDq

TJ Dillashaw picked up a split decision win over Cory Sandhagen in what was an exciting five rounds of war between both the bantamweight contenders in the UFC Vegas 32 headliner. Garbrandy shared that he felt Sandhagen won the fight and stated that the takedowns initiated by TJ Dillashaw didn’t “do sh**.”

A lot of fight fans around the world expressed their disappointment on the result, with many claiming that Sandhagen did enough to hand a loss to Dillashaw. There were arguments that the damage inflicted throughout the course of the fight was comparatively more than Dillashaw, with many suggesting that while Dillashaw threw more strikes, it was Sandhagen’s power shots that made the difference.

Cody Garbrandt took to Twitter to called the headliner a “big drama show” and followed it up with a dollar sign, hinting at how the judging could have been fixed considering TJ Dillashaw is a marketable fighter who can fetch more views and money for the promotion. However, this is just an assumption.

There’s every reason to believe that we could all witness a possible third fight between TJ Dillashaw and Cody Garbrandt. However, Garbrandy needs to pick up wins considering he lost his last fight against Rob Font.

Be that as it may, both Dillashaw and Garbrandt are quite popular in the world of mixed martial arts, and a third fight definitely brings all the attention to the UFC’s surging bantamweight division. 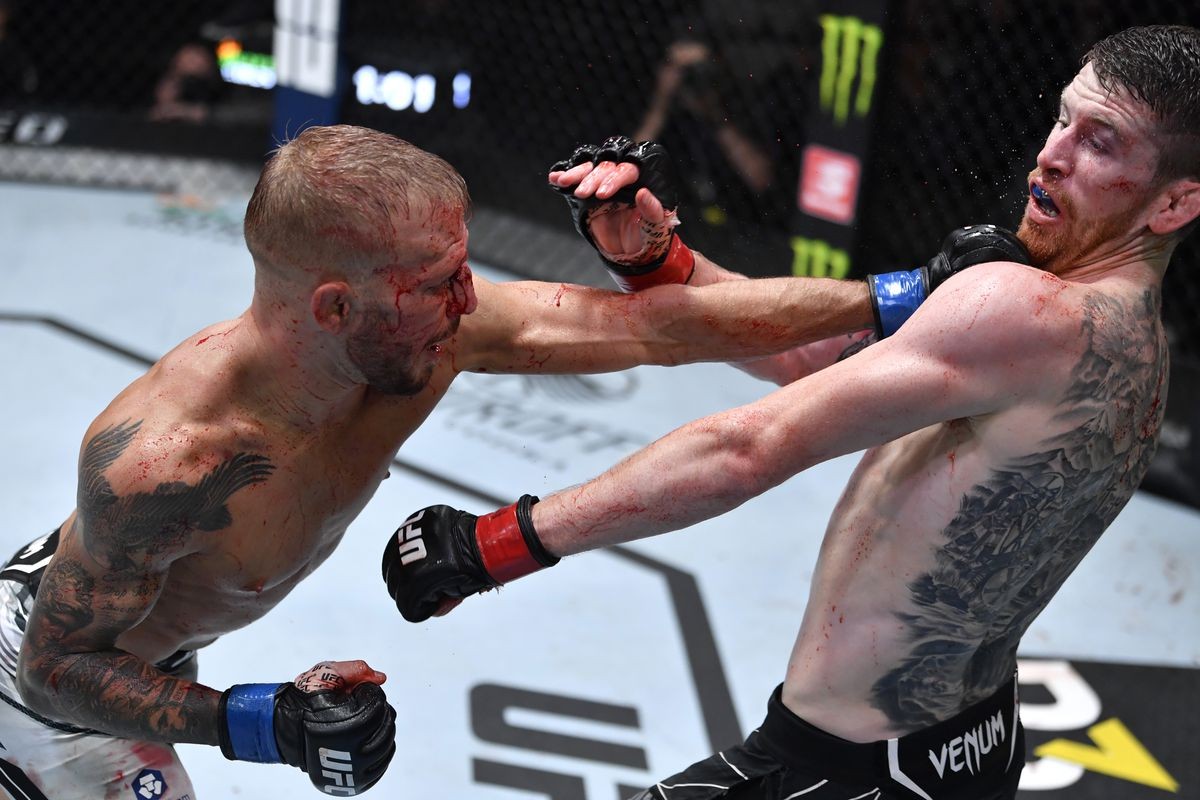 TJ Dillashaw has stated that he wants to face the winner of Aljamain Sterling vs Petr Yan, and believes that it’s going to be an easy walk to the championship belt. TJ Dillashaw is a two-time bantamweight champion and will look to create history by becoming the first fighter to grab the bantamweight title thrice in his MMA career. Needless to say, the return of Cody Garbrandt has put all the fighters on notice.